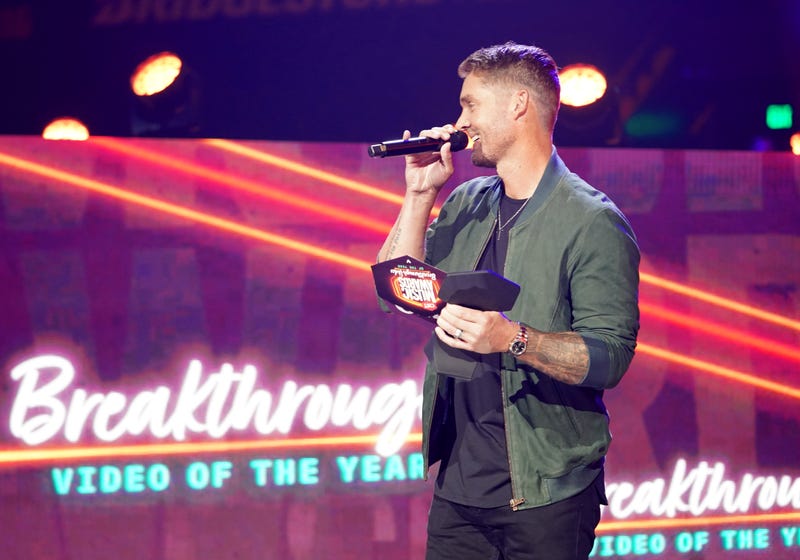 Brett Young is learning that kids can grow up fast, and sometimes his eldest daughter Presley comes across as a lot older than her two years of age.

“Presley started talking kind of early, so we’re [speaking in] full sentences, and she’s starting to say things like, she’ll finish a sentence, you think, and then she’ll go, ‘Oh, and also…’ And then she’ll say something else," Brett shares in a statement from his label. "And it’s like, ‘oh and also?’ Where are you getting this stuff?'

"You realize what a sponge they are," he continues. "It’s not something that we taught them; it’s something that they overheard and that they are putting into practice already. And she’ll do stuff like that all the time. In the morning, she gets her screen time, quote, unquote. And in the morning when she first wakes up, like both me and my wife, she wakes up kind of slow.

"So, most of the time we’ll say, you know, ‘Do you wanna watch your cartoons in bed or do you want to go downstairs?’ And she’ll say, ‘You know, I was in here all night. Why don’t we watch it downstairs?’ Or she’ll say things like, ‘Downstairs, that would be a good idea.’ And I’m like, who are you? You’re two. You sound like a 10-year-old.

"So, it’s really fun and it makes you hyper-aware of the things you say around them cause they’re listening all the time.”