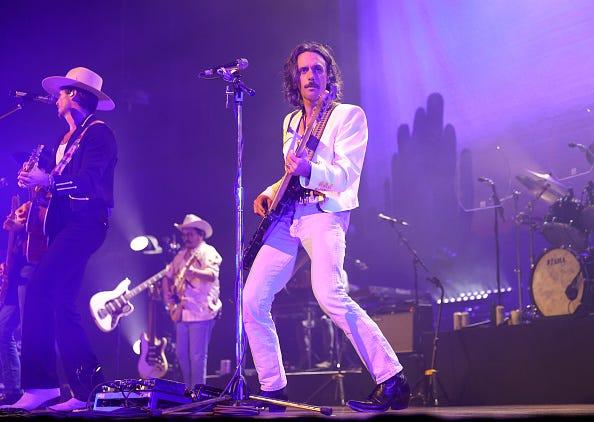 When he has some downtime from being on the road with Midland, Cameron Duddy loves to go rock climbing. His skills look pretty impressive, but he says the sport is a lot more accessible than it might seem.

“It’s actually a lot easier than you might think," he admits in a statement from his label. "I mean, it’s not easy but it’s not like… You’re not climbing, let’s just say that. It’s scrambling, it’s a lot of walking, but the actual climbing, you don’t have to put hand on a rock really at any point.

"Although I may have like, leaned up against a rock to pretend like I was climbing it," he continues. "I like to get outdoors like anybody else. During Covid I’m sure everybody was like, inventing reasons and things to do and go explore.

"So, check out all the national parks at your disposal before they’re gone in America.”