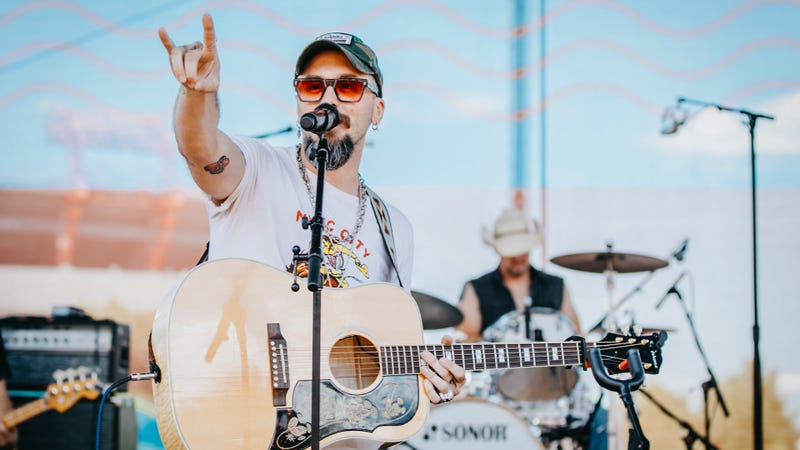 Elvie Shane attended CMA Fest in Nashville this week and it brought back some memories for him. Memories of that one time he attended as a fan and almost got arrested…

Playing the festival’s Riverfront Stage on Thursday afternoon was a full-circle moment for Elvie as that was the exact location he was placed in handcuffs while trying to see a friend backstage years ago.

“I’m just hoping I don’t end up in handcuffs,” Elvie laughed when asked what he was looking forward to most about participating in the festivities this year. He went on to share a story from a few years back when he attempted to walk back stage to see a friend after officers told him no.

“Lee Brice was playing, I was trying to get back to see my friend who was working on his crew [and] said I could come back there,” he explained. “But he wasn’t at the gate when I got back there so I just [said] ‘Whatever.’ I just kept trying to go back there and I was like [to security], ‘Dude, seriously someone’s going to show up here and be like, ‘He’s good’ and the [security guard] was like ‘Sure they are, buddy.’”

Against his better judgement, Elvie tried making a run for it and was caught and cuffed after being chased down in a golf cart.

“I just walked by and he [the security guard] had a golf cart and I can’t run fast,” he said.

After being cuffed, Shane’s friend ended up showing up and free’d him before Shane was formally arrested but sure sounds like it was a close call!