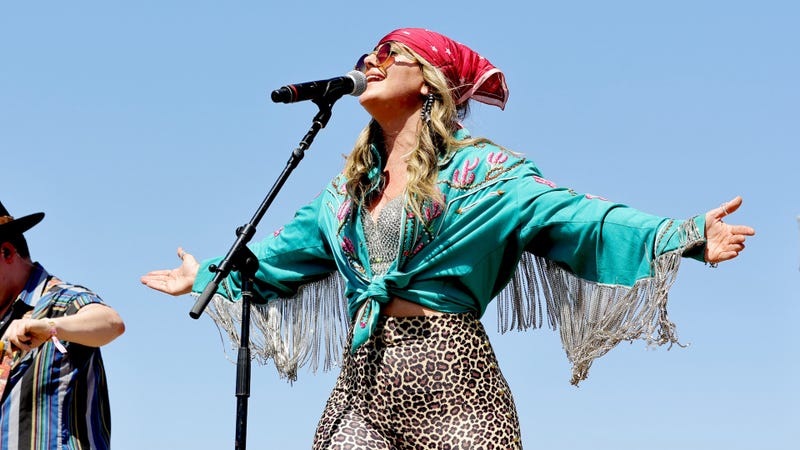 As her Country star continues to rise, Lainey Wilson has absolutely no interest in taking it easy — especially when it comes to her music.

The 30-year-old singer-songwriter recently joined Coop’s Rockin’ Saturday Night on Audacy to share how important she finds it to tell the cold-hard truth through her music and prioritizes working hard.

The “Things A Man Oughta Know” singer shared a large part of challenging herself is speaking up and having a say in all aspects of her career and making sure she tells the truth through her lyrics.

“I have learned to continue to be brutally honest with myself,” she shared. “In the writing room, with my team, with my producer. I learned that it’s OK, it’s important. There’s a sense of freedom that also comes along with being honest with yourself and the people around you and it’ll set you free.”

One of those lessons in speaking up came when Wilson was writing her latest single, “Heart Like A Truck.”

She continued, “Let’s write a song about finding freedom and strength and about not bein’ afraid and ashamed of the bumps and the dents and the scratches along the way because at the end of the day, that’s what makes you, you. And that’s what gives you a story to tell.”

Lainey continued on to share she finds it important to stay true because that’s what she relates to as a fan of Country music herself.

“Heart Like a Truck,” is the first taste of new music off Lainey’s forthcoming album which does not have a title or release date yet — but according to her, it’s near!