By Jack Thomason, 670 The Score

1. Terry McLaurin (WR, Washington Redskins) – I typically don't place players who are more than 50-percent owned on my list, but McLaurin only being owned in 51 percent of Yahoo leagues is criminal. It's as if he went overlooked in the John Ross-Marquise Brown-Michael Gallup-Jamison Crowder frenzy last week. McLaurin has played 90 percent or more of the snaps in each of the first two weeks, and he's second on the Redskins with 16 targets. He's the legitimate WR1 for Washington, a team that’s going to be playing from behind often. Get this guy on your squad.

2. Raheem Mostert (RB, San Francisco 49ers) – I’m surprised Mostert wasn’t added in more leagues last week, but here we are. Fantasy owners will be scrambling to grab him this week after his big performance in Cincinnati on Sunday, as he totaled 151 yards, three receptions and a touchdown in the blowout win while playing 47 percent of the snaps. While Matt Breida did his share of damage, it's interesting to note that he played on only 29 percent of the snaps. It’s something to pay attention to moving forward. For Mostert, it means he’s a priority addition. He performed well in this 49ers offense last year and is doing the same again with his opportunities this season.

3. Demarcus Robinson (WR, Kansas City Chiefs) – It may be a guessing game each week as to who will explode for the Chiefs, but you need as many pieces of their offense as you can get. With the Tyreek Hill injury news, many turned their attention to a bump in action for Sammy Watkins and Mecole Hardman in Week 2 while Robinson was out of sight, out of mind. Well, he changed that Sunday, racking up 172 yards and two scores in catching all six of his targets. This offense runs through Patrick Mahomes, and you want any part of the receiving core you can get while Hill is out. Robinson played 91 percent of the snaps Sunday.

4. Mecole Hardman (WR, Kansas City Chiefs) – Hardman might have been the No. 1 addition of the week for many had his second touchdown not been called back Sunday. The Chiefs traded up in the draft to land Hardman, and there has been plenty of buzz that they weren’t the only team that wanted to do so. He has showed why he was coveted, as his blazing speed and playmaking skills were on display throughout preseason and again Sunday. Hardman tallied six targets, reeling in four for 64 yards and a score. He also had a 74-yard touchdown called back on a hold. Hardman is too intriguing to not add on your bench, and he has also played an average of 76 percent of snaps in the first two weeks. 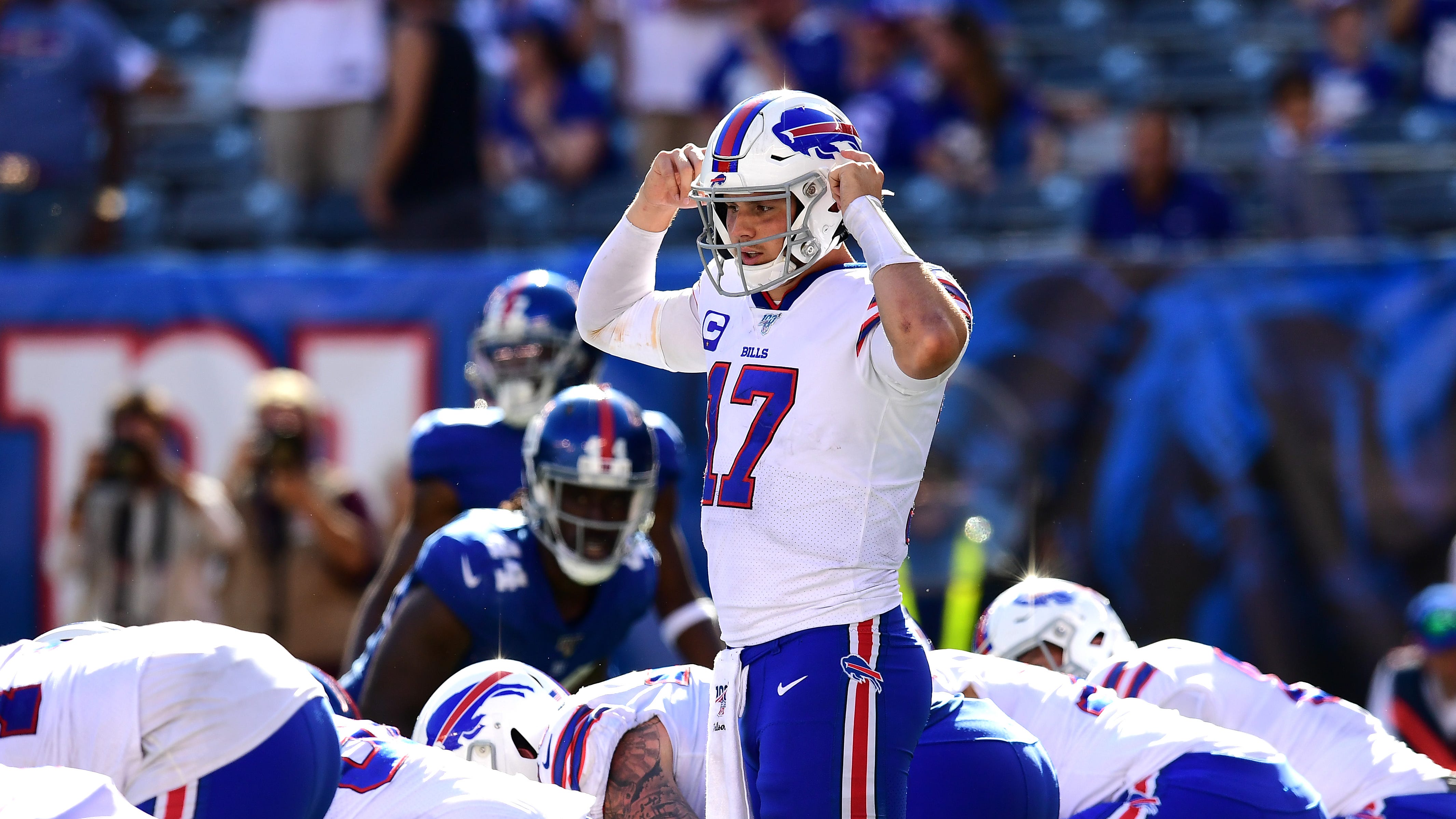 5. Carlos Hyde (RB, Houston Texans) – Many left Hyde for dead given that he’s played for five teams in the last two years, but he has found a home in Houston. Hyde’s aggressive, hard-nosed running style fits what coach Bill O’Brien wants to do, and it has been evident with Hyde tallying a combined 30 carries over his first two games with the team. It’s also worth noting that Hyde has had little time to learn this offense as he was acquired in a trade just days before the season began. He should only get better as the season goes on, and this is a top offense that should score plenty of touchdowns.

6. Nelson Agholor (WR, Philadelphia Eagles) – By the second quarter against the Falcons on Sunday, the Eagles looked like they weren't going to have any receivers left. Alshon Jeffery exited with a calf injury, DeSean Jackson was sidelined by a groin injury and Agholor was in concussion protocol. Fortunately, Agholor ended up returning and had 11 targets by game's end, the second-most on the team behind tight end Zach Ertz's 16. Agholor had his fair share of drops and bad plays, but he had the volume and registered eight catches for 107 yards and a score. If Jeffery and/or Jackson is out for any length of time, Agholor is going to see a heavy target share for the Eagles. Another note: Tight end Dallas Goedert was also out of the game with a calf injury, which he has been battling since the preseason.

7. Chris Thompson (RB, Washington Redskins) – The Redskins have surprisingly scored a combined 48 points over their first two contests but have been trailing in those games for the most part. That has led to increased production for Thompson. Like we mentioned McLaurin, the top pass receivers in an offense that’s often trailing produce fantasy points. The only player with more targets than McLaurin is Thompson (18). He has shown he can be a fantasy contributor in the past and while he hasn’t seen many carries in the first two weeks (five), he does have 12 catches for 116 yards. Thompson is more valuable in PPR leagues but worth an add anywhere in which one needs running back depth with bye weeks awaiting.

8. Deebo Samuel (WR, San Francisco 49ers) – After playing 88 percent of the snaps in the season opener, Samuel played only 40 percent with Dante Pettis healthier in Week 2. That being said, Samuel still led the 49ers with seven targets and reeled in five of them for 87 yards and a touchdown. There has been a lot of buzz about Samuel since the 49ers picked him at the top of the second round in the draft last spring, and it seems that he’s working his way to the top of the pecking order for Jimmy Garoppolo and this 49ers' offense. Don’t forget this offense is still jelling given Garoppolo’s injury last year and its new additions.

9. DJ Chark (WR, Jacksonville Jaguars) – Chark was an interesting addition after Week 1. Now he’s a definite add. He seems to be the favorite target of rookie quarterback Gardner Minshew, and he can play at all levels of the field. Chark led the team with nine targets Sunday, catching seven of them for 55 yards and a score. The Jaguars love Minshew’s swagger and have no problem with him throwing a lot if needed. That should only boost confidence in his receiving options, and Chark is at the top of that list.

10. Peyton Barber (RB, Tampa Bay Buccaneers) –  Barber is owned in less than 50 percent of leagues (47 percent). He tallied 23 touches for 82 yards and a score against Carolina last Thursday, playing 65 percent of the snaps. The backfield snaps were cut into thirds in Week 1, but Barber still managed to lead in touches. Now, he faces little competition in the backfield -- just as we thought Ronald Jones might play more and steal touches, he played just 12 percent of snaps and touched the ball four times Thursday.

Jack Thomason is 670 The Score’s fantasy football expert. Follow him on Twitter @jthomason77 and feel free to ask fantasy questions.​​