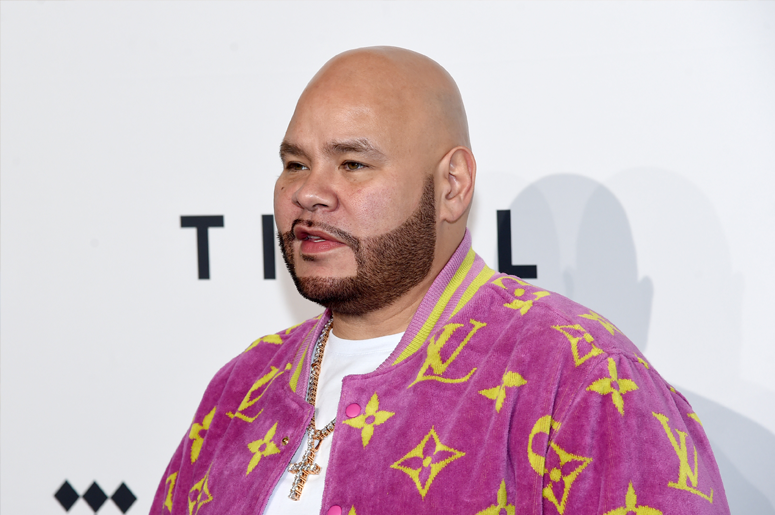 Fat Joe called in to chat with Kenny Burns from Atlanta's V-103 and RADIO.COM, the two discussed The Fat Joe Show, Drake vs. JAY-Z and showed each other nothing but love.
Kenny commended Joe for buckling down and getting vulnerable with The Fat Joe Show, which started on social media but is now on Revolt. Saying, “it was a testament… having us sit down and really pay attention to what’s going on, and it opened up so many doors for you.” Joe expressed that he felt like he had to for his fans “it was very therapeutic for me… I had to get on Lives and start talking to them and trying to cheer them up and tell them stories. And before you know it I realized they helped me.”

After a quick loving bro moment, Burns switched up the conversation to talking about the industry and how “there comes a time in every era… when there’s a passing of the torch, the passing of the mic happens.” Kenny expressed that in his opinion “Drake is coming for the title…if I had to put it in lights, Drake vs. JAY-Z”

Joe seemed to agree, taking it even further saying, “I think he got the title.” Adding, “JAY-Z grew up, he’s more of a business man now. And so the only thing Drake can do now is try to find that money like JAY-Z has. Music wise, JAY-Z’s not really thinking about the music like Drake is. Summing it up by saying that the two are essentially playing different games.

For Kenny, Rakeem was number one until JAY-Z, and now with Drake, “it’s a whole other offering.”

After Joe defended himself for calling Drake the new Michael Jackson, which he’s done a few times before  saying he’s referring to accolades and number one hits. The two couldn’t help themselves and had another moment of  brotherly love. Kenny telling Joe that he’s “necessary” he is and told him he always has his back. Joe responded with love of his own, “that’s all it’s about, as long as we all eat…I’m happy,” and congratulated him on his new slot on V-103 with the The Kenny Burns Show.
Check out Kenny’s entire interview with Fat Joe above and be sure to tune into The Kenny Burns Show on V-103 and through the RADIO.COM app weekdays from 2P-6P.