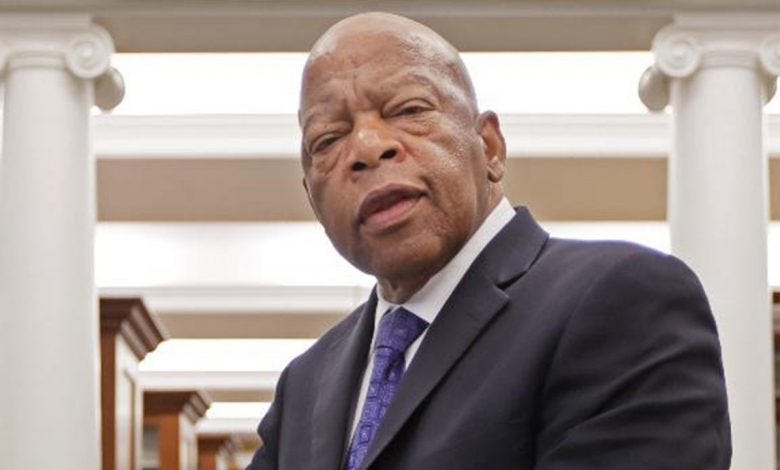 Funeral services will be held this morning for longtime U.S. Representative John Lewis.  He died at his home in Atlanta on July 17 after battling pancreatic cancer.

Lewis dedicated his life to fighting for justice and human rights for all. According to congressional historians, Lewis was the first African American lawmaker to lie in state inside the U.S. Capitol Rotunda. The same tribute to Lewis was held in capitol buildings in Alabama and Georgia.

John Lewis was among the voting rights advocates who were severely beaten in Selma, Alabama on March 7, 1965. It is known as “Bloody Sunday”.

Three former U.S. Presidents are among the dignitaries that are invited to today’s private funeral service.  Former President Barack Obama, who awarded Rep. Lewis the 2010 Presidential Medal of Freedom, will deliver the eulogy.

The funeral will be held at the Historic Ebenezer Baptist Church, which was the home church of Rep. Lewis’ mentor, Dr. Martin Luther King Jr.

How to watch John Lewis' funeral

Online stream: Listen live on V-103 or HERE, the RADIO.COM APP, or watch in the player above

Lewis will be buried at South-View Cemetery which was founded in 1886 by former African American slaves. Dr. Martin Luther King Jr. was buried at the cemetery before being moved to the King Center.

Road ClosuresThe Atlanta Police Department has announced the following street closures for Rep. Lewis’ funeral:Thursday, 7/30/20209:30 am – 1 pmStreet shutdown in the area around Ebenezer Baptist ChurchEastern Border – BoulevardNorthern Border – Irwin StreetSouthern Border -EdgewoodWestern Border – Jesse Hill No access to the streets inside perimeterVehicles can’t go inside the areaThe area will be open to pedestrians