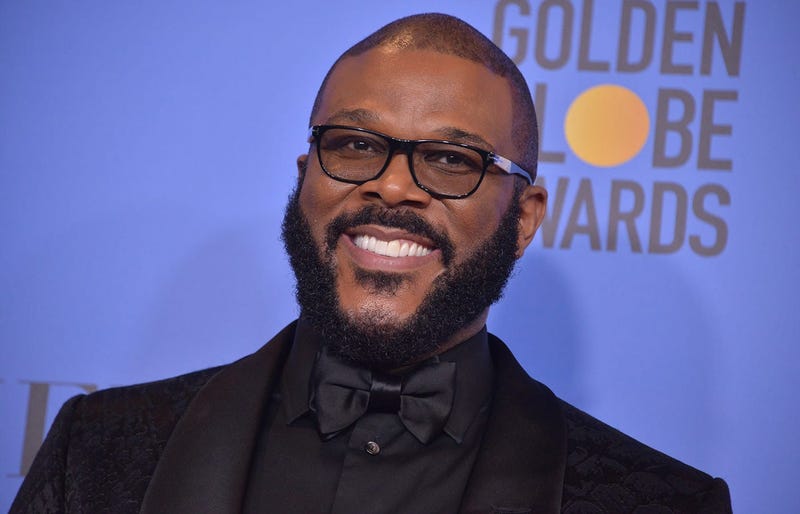 You've probably heard that Tyler Perry recently made news for doing something charitable and showing his humanitarian side. But it's not the first time Perry has shown he has a big heart and cares deeply about walking the walk of philanthropy -- he's made this something of a beautiful habit, and we're all the way here for it.

After the murder of an Alpharetta woman named Tynesha Evans, who had reportedly fallen on tough financial times, Perry offered to step in and provide resources for Evans’ funeral, and also pledged to pay the tuition of Evans’ daughter Sharadiant Turner, who is a mathematics major attending Spelman College here in Atlanta.

The film industry mogul, who wrote, produced, directed and acted his way into becoming one of Hollywood’s (and “Y’allywood’s) most powerful people, has publicly supported more than a few good causes over the years. Rumored to have been a silent philanthropist for a lot of other causes, Perry has kept some of his bigger gifts quiet, but seems to have decided that it’s worth sharing the news in these days and times. And we agree that giving is a wonderful thing and nothing to hide from.

Here are five other things Tyler Perry has done recently that make us cheer for him:

In 2009, Perry gave the National Association for the Advancement of Colored People a $1 million dollar gift to celebrate the historic nonprofit’s centennial. The financial blessing made history at the time on its own as the largest individual donation from an artist the organization has ever received.

Another Million Dollars to Haiti

After the 2010 earthquake devastated Haiti, Perry jumped into action. He pledged $250,000 to help the island recover, then raised his own total and promised an additional $750,000 to make it a cool million. His charity reportedly inspired others to give hundreds of thousands of dollars as well.

A House For A Friend’s Ailing Mother

In the last year Perry received word that the mother of LaShun Pace, who many know as a premier Gospel singer, was in poor health. Pace, who worked with him on a 1999 stageplay and whose singing family’s music has been featured in Perry’s films, was surprised to learn that Perry purchased a $350,000 home not far from Atlanta (where many members of the Pace family grew up). Apparently Perry learned that Betty Pace, LaShun’s mother, always wanted to own a home large enough for her whole family.

A House For An Elderly Lady After A Devastating Fire

When 88-year-old Atlanta resident Rosa Lee Ransby and her 4-year-old great-granddaughter escaped alive from a fire that destroyed the home she owned for 40+ years was destroyed by a fire, Perry heard about it from a local news channel. He visited Ransby’s home and offered to rent a house for her on the same street, with utilities and furniture provided. He also promised to build a new home where the old one burned.

Settled Accounts For All Layaway Items At Two Atlanta-Area Walmarts

We told you last year when Perry admitted that it was him who paid the total outstanding amounts for every item that was currently on layaway at the East Point and Douglasville Walmart stores prior to Christmas 2018. It was the holiday gift that was talked about around the world, and it earned “Tyler Claus” even more fans than he already had from his outrageous Madea character.