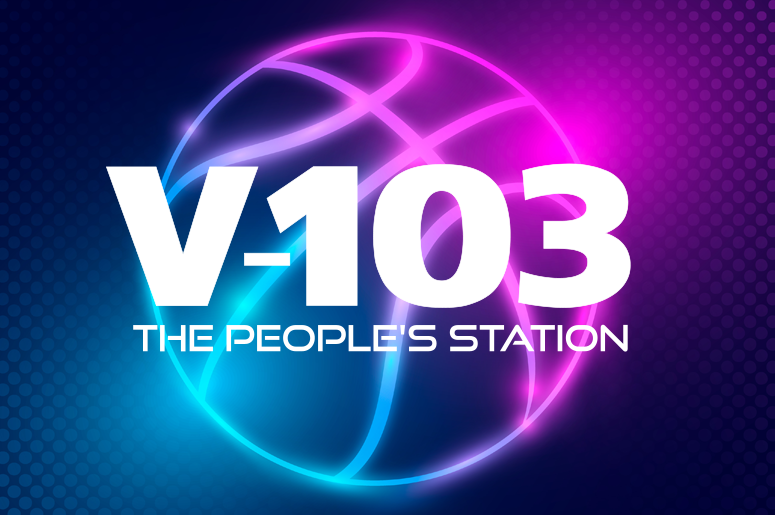 V-103 Salutes the NBA All-Stars current and past who have made a significant impact on the game. 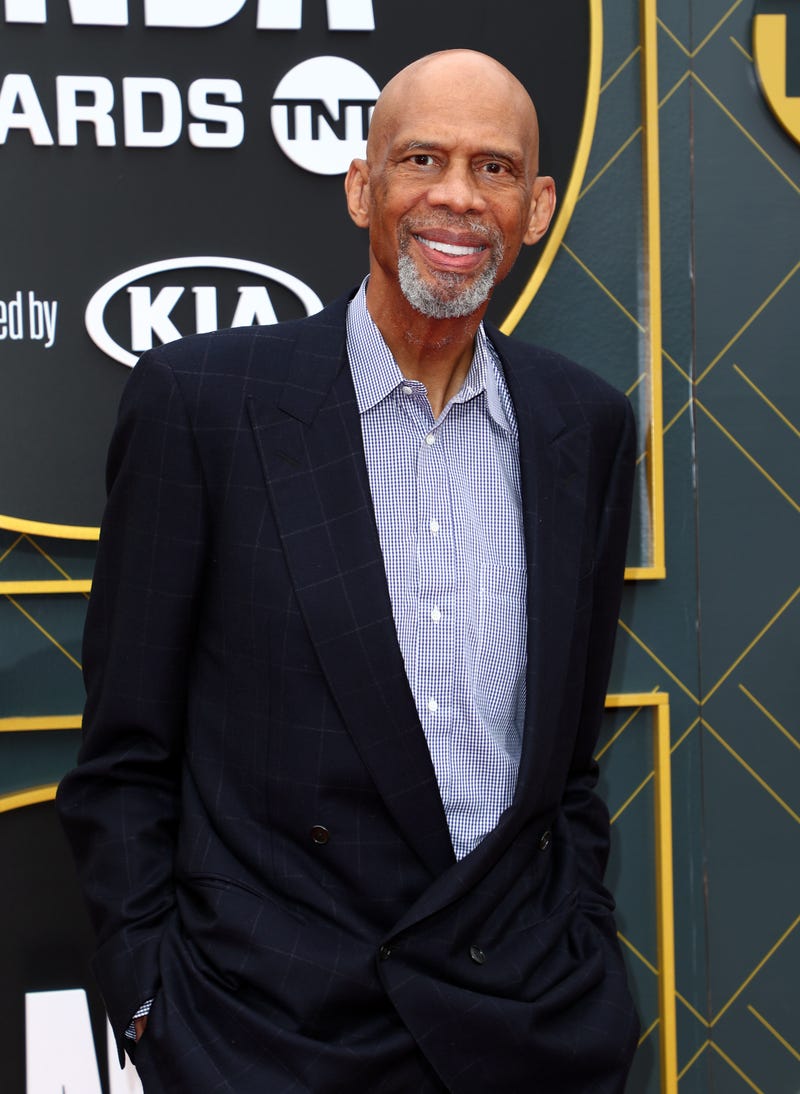 Lew Alcindor born in 1947 is now known as Kareem Abdul-Jabbar and is a force to be reckoned with. Abdul-Jabbar is a player, basketball coach, actor and author. He played with the Milwaukee Bucks and Los Angeles Lakers playing for 20 seasons in the NBA from 1969-1989. The 7 foot 2-inch player is known to be the 2nd best player in NBA with a record 6 time NBA MVP and record 19 time All-Star NBA plus more. Kareem Adbul-Jabbar retired at 42 and remains the all-time leader in points scored and career wins with records that still hold today. In 2016, he was awarded the presidential medal of freedom by President Barack Obama. Thank You Kareem Abdul-Jabbar for setting a standard as an athlete and an overall great person! 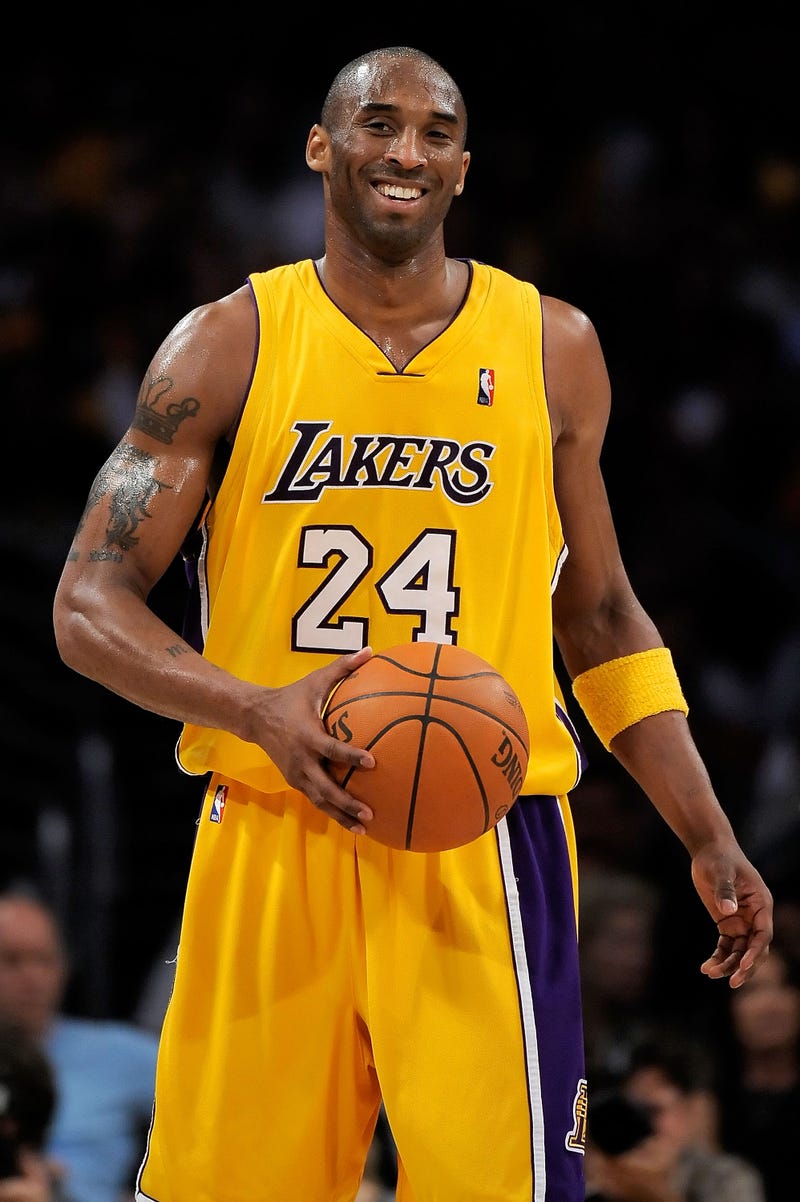 Kobe Bryant, the young Phenom from Lower Merion High School in Philadelphia was drafted out of high school to the Hornets in 1996 and by way of a trade played his entire 20-year professional career with the Los Angeles Lakers. Bryant won five NBA championships, was an 18-time All-Star, 15-time member of the All-NBA Team, 12-time member of the All-Defensive Team, was named the 2008 NBA MVP and was a two-time NBA Finals MVP winner. Widely regarded as one of the greatest players of all time, he led the NBA in scoring during two seasons, ranks fourth on the league's all-time regular season scoring, and ranks fourth on the all-time postseason scoring list. Bryant died on January 26th, 2020. We salute the incredible talent of the Black Mamba, Kobe Bryant. 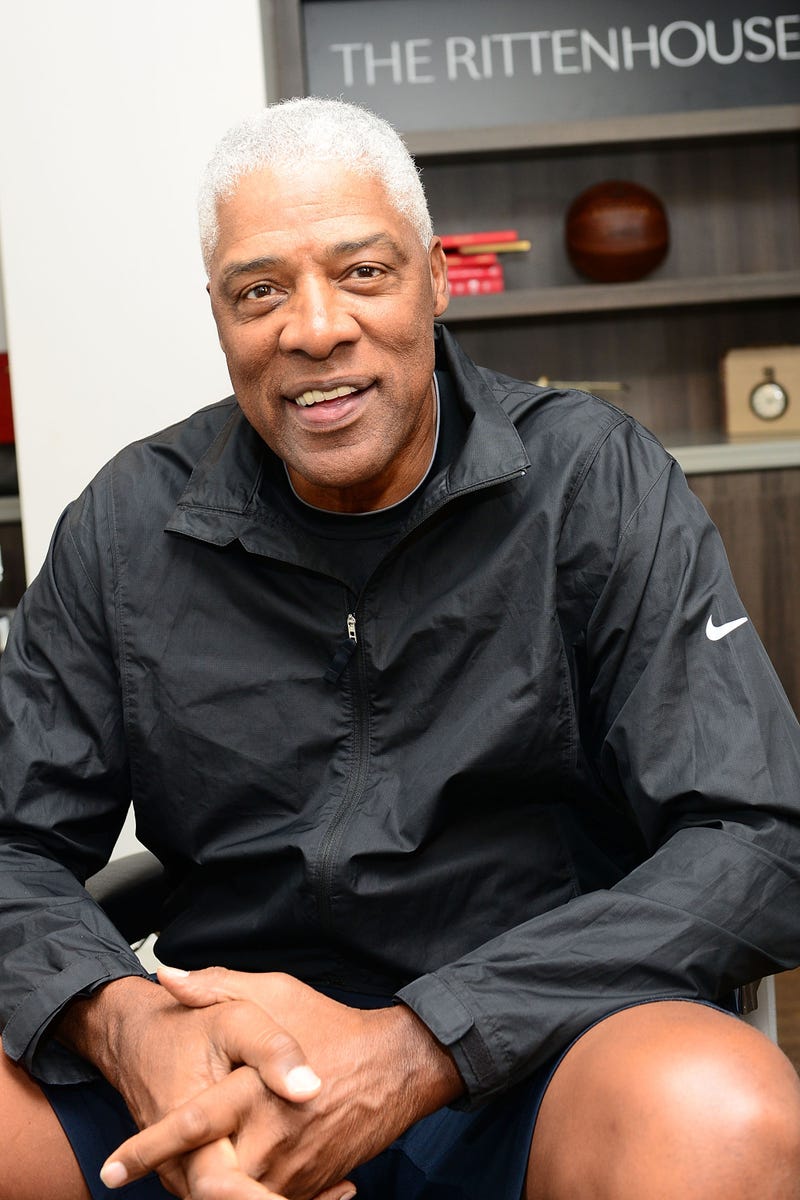 Julius Erving also known as “Dr. J” is a two time all-star MVP and won 3 NBA championships. Dr. J started playing in the ABA with the Virginia Squires and New York Nets, he later joined the NBA with the Philadelphia 76ers. Dr. J was selected to play in the All-Star Games 11 times during his 16-season career. Most known for his dunking skills he is the reason why basketball uses the term "Slam Dunk.” Inducted into1993's Basketball Hall of fame class, Dr. J’s talents are expressed as one of the best dunkers and most talented players in NBA history. Dr. J led the 76ers to 4 championships in 7 years later retiring in 1987. Thank you Julius Erving for breaking backboards and barriers in a prominent time in basketball history! 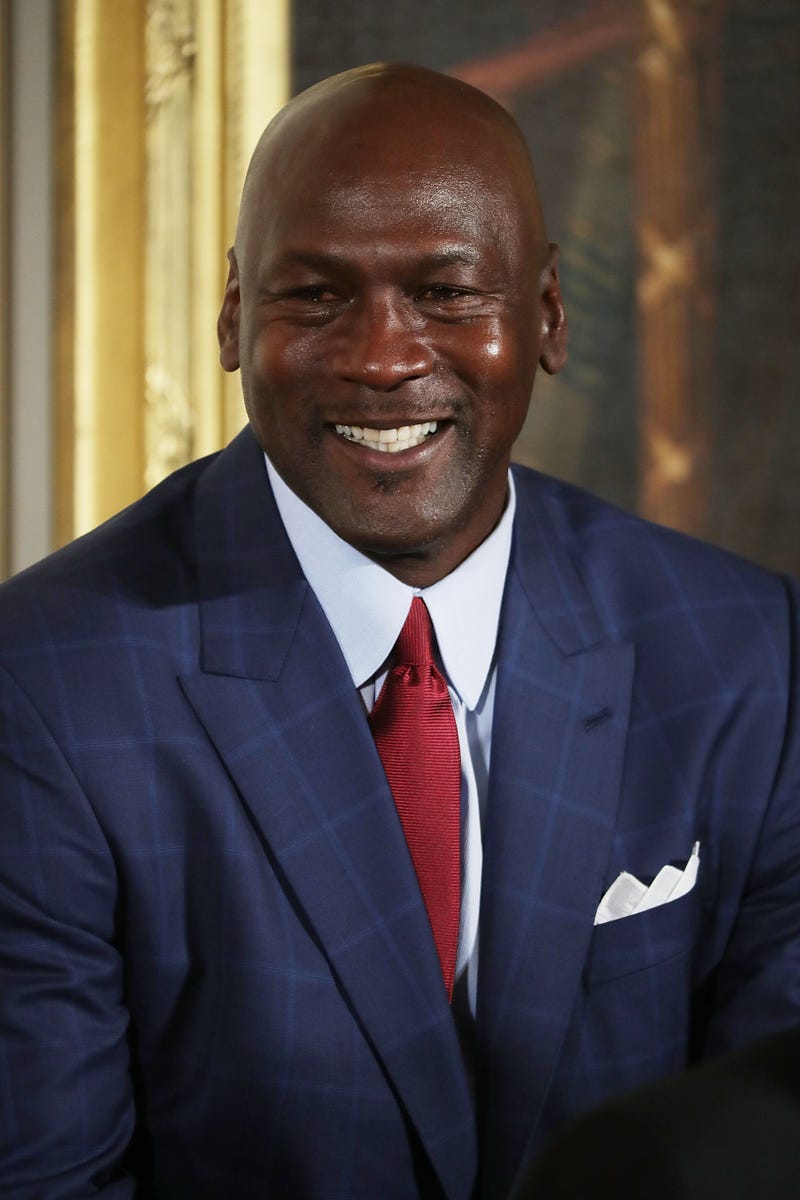 Michael Jeffery Jordan one of the greatest Basketball players of all time, played in the NBA for 15 seasons. He is known as a culture icon assisting in making the NBA popular in the 90's. He was selected for 14 All-Star Games in his career and won the All- Star game MVP three times in 1988, 1993 and 1996. Michael Jordan also managed to cross himself into fashion with his famous shoe line Air Jordan that is still popular to this day. Michael Jordan is a prominent figure in not only basketball but in pop culture. You can't talk basketball without talking about Michael Jordan. We thank you Michael Jordan for inspiring us to push the limits to "Be Like Mike". 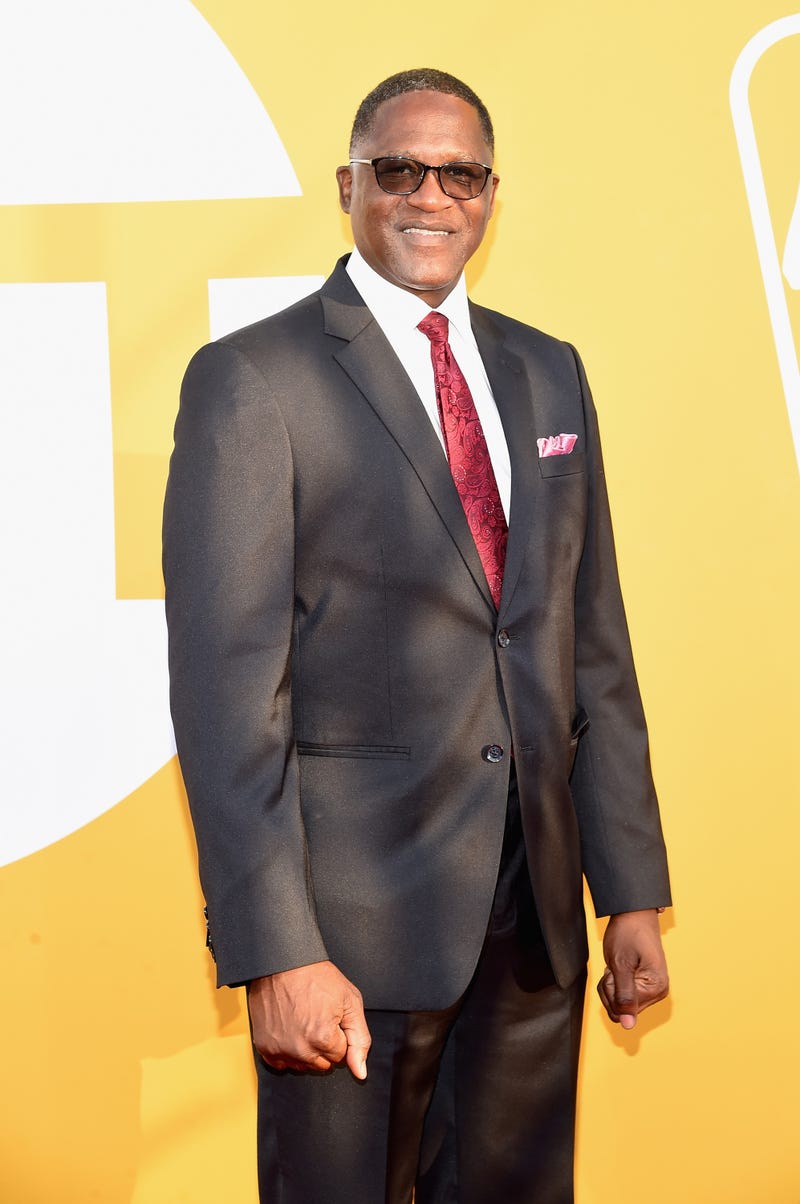 Dominique Wilkins was a nine-time NBA All-Star and two-time winner of the NBA dunk contest and is widely viewed as one of the best dunkers in NBA History, earning the nickname “The Human Highlight Reel.” Drafted in 1982, Wilkins was traded to the Atlanta Hawks by the Utah Jazz. Wilkins played for the Hawks for 11 seasons and was instrumental in the Hawks’ prominence during the ‘80’s, when the club recorded four consecutive 50-win seasons. Wilkins retired in 1999 after short stints with the Clippers, Celtics, Spurs, Magic and playing overseas with Greek and Italian teams. Dominique Wilkins was inducted into the NBA Hall of Fame in 2006 and currently serves as the Atlanta Hawks Vice President of Basketball. Thank you Dominique Wilkins for your significant contributions to the game! 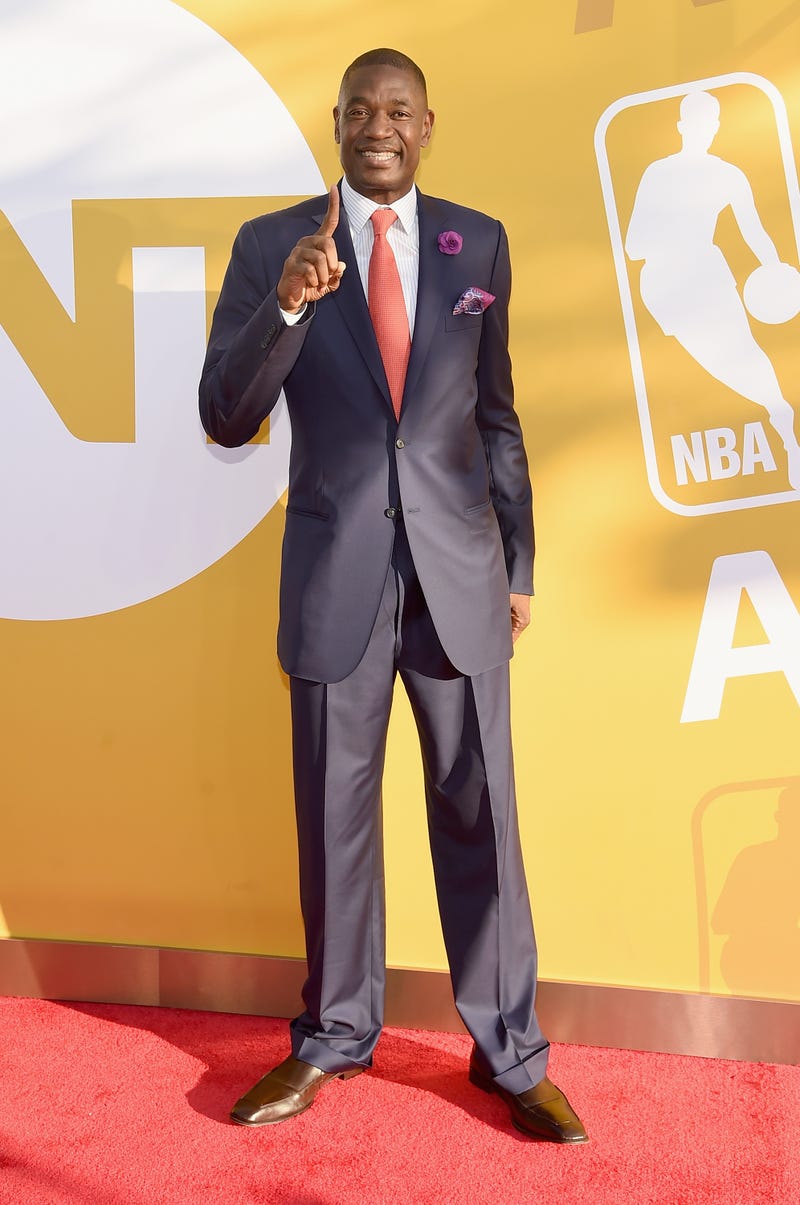 Dikembe Mutombo who is from the Democratic Republic of Congo played 18 season in the NBA.  He began his career with the Nuggets continuing his career playing for the Hawks, 76’ers, Nets, Knicks and Rockets where he retired from in 2009. Mutombo is best known for being one of the greatest shot blockers and defensive players of all time. He won the NBA’s Defensive Player of the Year award 4 times and he was an eight-time All Star. In 2007, he surpassed Kareem Abdul-Jabar as the second most prolific shot blocker in NBA history behind Hakeem Olajuwon. Mutomobo is also well known for his humanitarian work with his foundation. Thank you for Dikembe Mutomobo for inspiring us all with your prolific NBA career and humanitarianism. 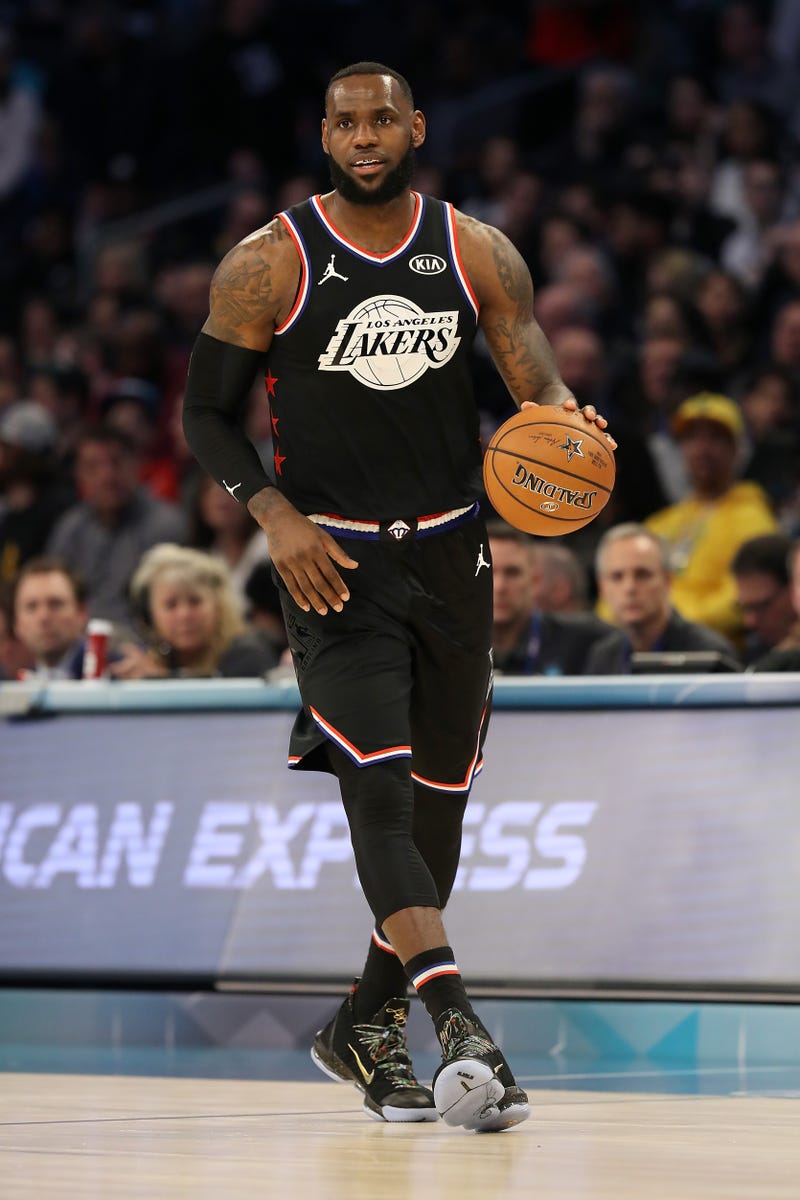 At 36 years old, LeBron James is among the greatest basketball players of all time. Playing for the Cleveland Cavaliers, Miami Heat, and currently the Los Angeles Lakers, James is the only player in NBA history to win NBA championships with three franchises as Finals MVP. Named the 2003-2004 NBA Rookie of the year, James established himself as one of the league's premier players, winning the NBA MVP Award in 2009 and 2010. James won his first two NBA championships while playing for the Heat in 2012 and 2013; earning league MVP and Finals MVP in both of these years. In 2016, he led the Cavaliers to a Championship victory over the Warriors. In 2020, James and the Lakers brought another NBA Championship to LA and he garnered his fourth Finals MVP. Salute to King James for his accomplishments on and off the court! 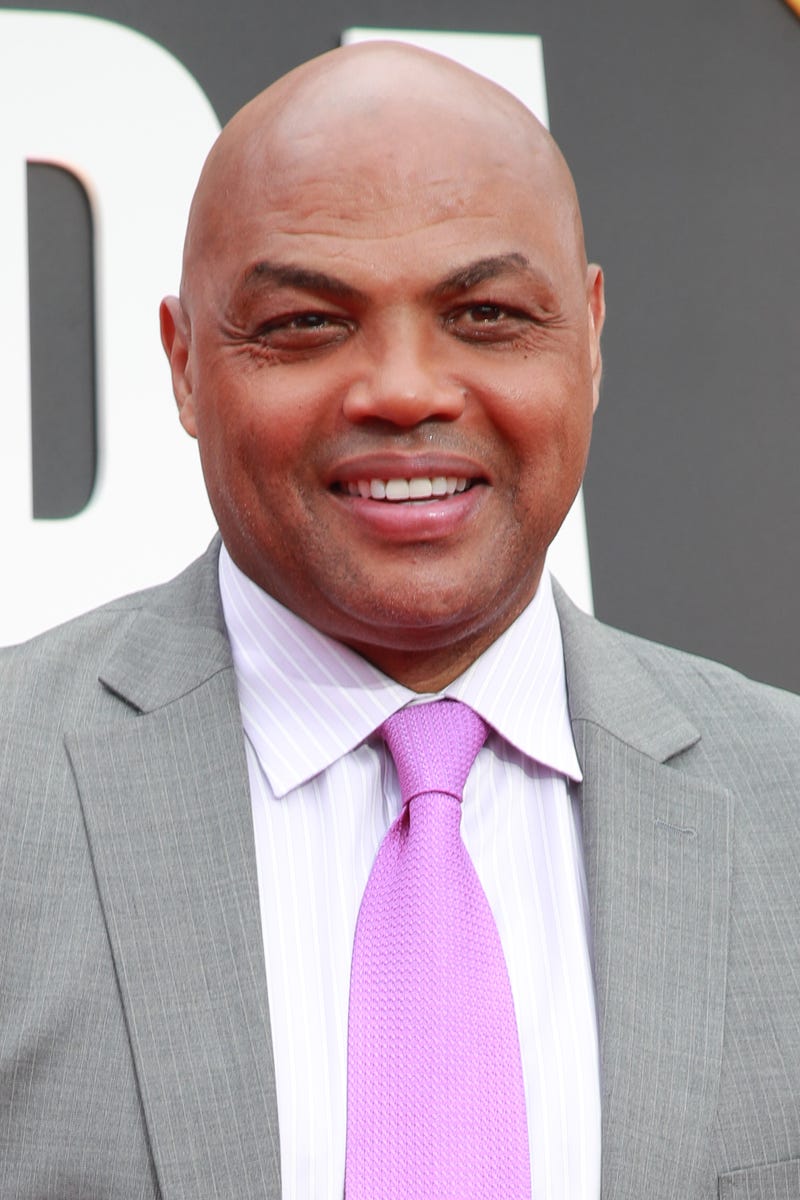 Charles Barkley, also referred to as Sir Charles, established himself as one of the NBA’s greatest and most dominant power forwards of all time. Barkley was an 11-time NBA All-Star, an 11-time member of the All-NBA Team and the 1993 NBA Most Valuable Player.  He was selected as the NBA All-Star Game MVP in 1991, voted League MVP in 1993 with the Suns and during the NBA’s 50th Anniversary was named one of the 50 greatest players in the NBA history. Barkley was a part of the Olympic Gold winning “Dream Team” and was inducted into the Basketball Hall of Fame as a two-time inductee as a player and member of the Dream Team. He currently is an NBA Analyst for TNT. We salute Charles Barkley’s dominance and versatility to the game of basketball! 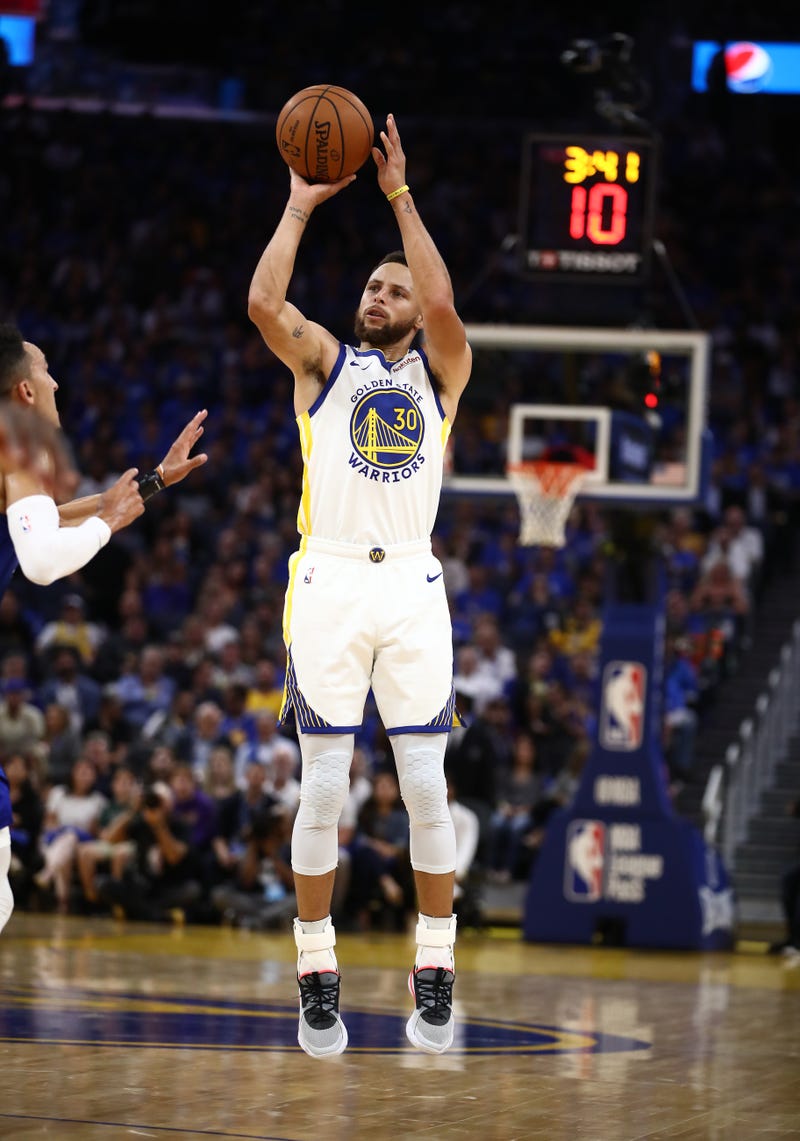 Golden State Warriors NBA Player Stephen “Steph” Curry is often referred to as the man with the magic hands and one of the NBA’s greatest shooters. A seven-time NBA All-Star, Curry has been named the NBA MVP twice and his first MVP award garnered him the first player to be elected MVP by unanimous vote. During the 2012-2013 season, Curry set the NBA record for three pointers made in a regular season and surpassed his own record in 2015 and 2016; He is currently second in all-time made three-pointers in NBA history. Curry has won three NBA Championships with the Warriors in 2015, 2017 and 2018. Steph Curry continue to splash the record books with your gifts and talents! 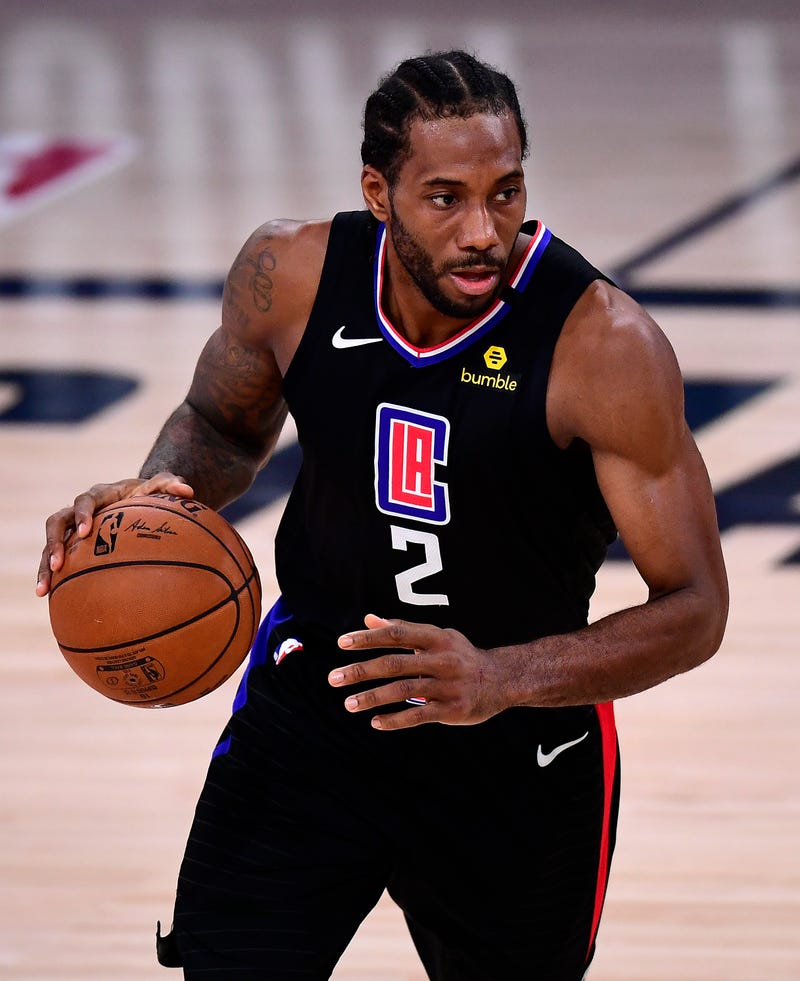 Kawahi Leonard born in Los Angeles, California in 1991 is known to be very quiet but allows his game to speak for itself. He is a 5 time NBA All-Star player, 2-time defensive player of the year for 2015 and 2016 and in 2020 he won All-Star MVP. He was drafted in 2011 by the San Antonio Spurs playing 7 seasons until being traded to the Toronto Raptors in 2018. He led the Toronto Raptors to their first NBA Championship in 2019 and won his second finals MVP. Later in 2019, he began playing with the Los Angeles Clippers as a free agent. Keep letting your game do the talking Kawai Leonard and continue to be a prolific defensive player. 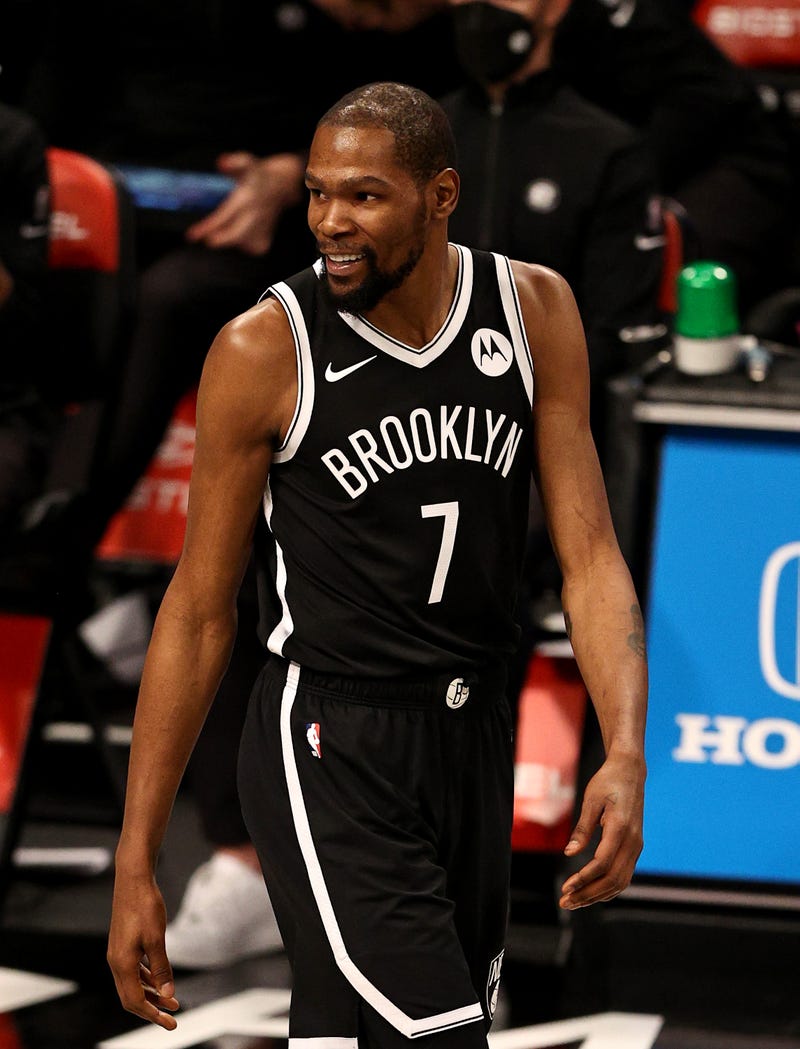 Kevin Durant also known as KD was born in Washington, D.C in 1988. In 2007, he was drafted by the Seattle Supersonics who are now the Oklahoma City Thunder. Durant is a two-time All-Star MVP who also holds the second-highest scoring average in All-Star Game history with 25 points per game. The former Warriors player, who currently plays with the Brooklyn Nets, led the Warriors to two NBA championships being able to score from anywhere on the court. Kevin Durant is one of the highest-earning basketball players in the world with endorsement deals with major companies such as Nike and Google. Kevin Durant continues to break records and become one of the best players on and off the court in this generation. 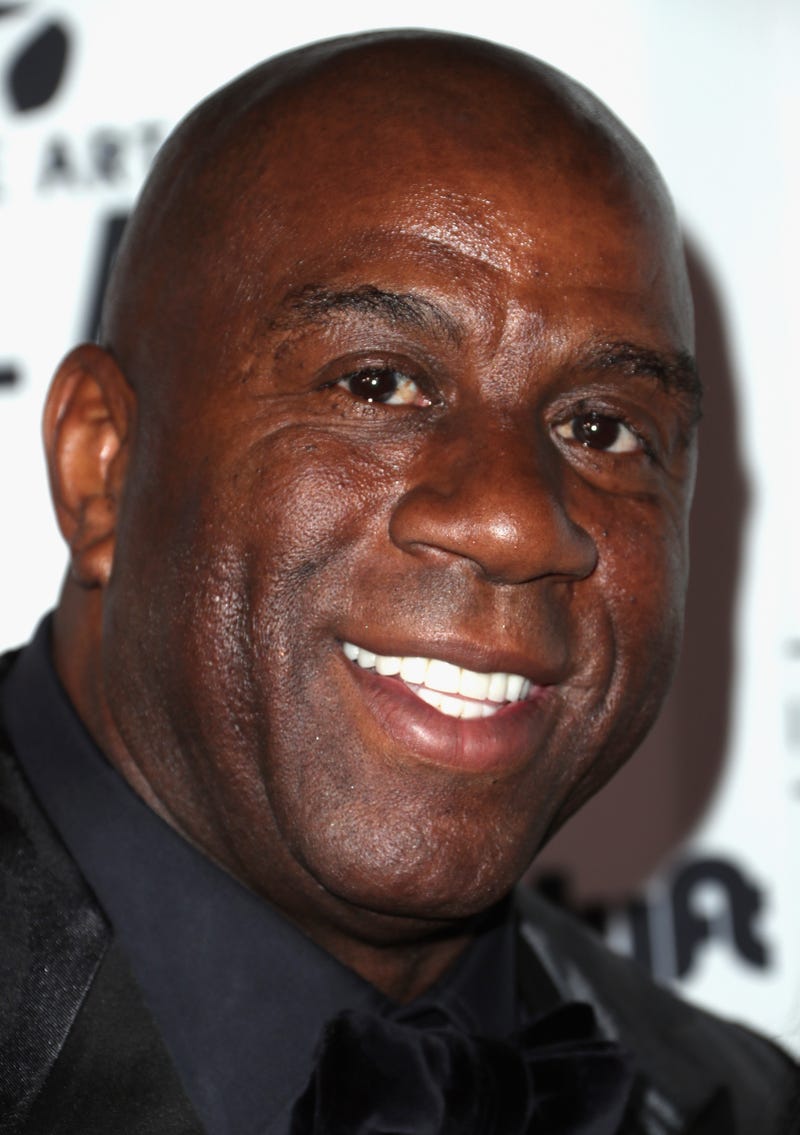 Earvin “Magic” Johnson, Jr, often regarded as the best point guard of all time, was drafted first overall in the 1979 NBA Draft. Magic played 13 season for the Los Angeles Lakers and was honored as one of the 50 greatest players in NBA History. Magic’s NBA achievements include 3 NBA MVP Awards, 9 NBA Finals appearances, 12 All-Star games, ten All-NBA First and second team nominations and he led the league in regular-season assists four times. Magic is also the NBA’s all-time leader in average assists per game. He won a championship and an NBA Finals MVP award in his rookie season and won four more championships with the Lakers during the 80’s. Magic was a member of the 1992 Olympic Gold Medal winning team also called the “Dream Team.” Magic is a two-time inductee to the Basketball Hall of Fame as a player and as a part of the Dream Team. We appreciate all the Magic you have given to the game of Basketball! 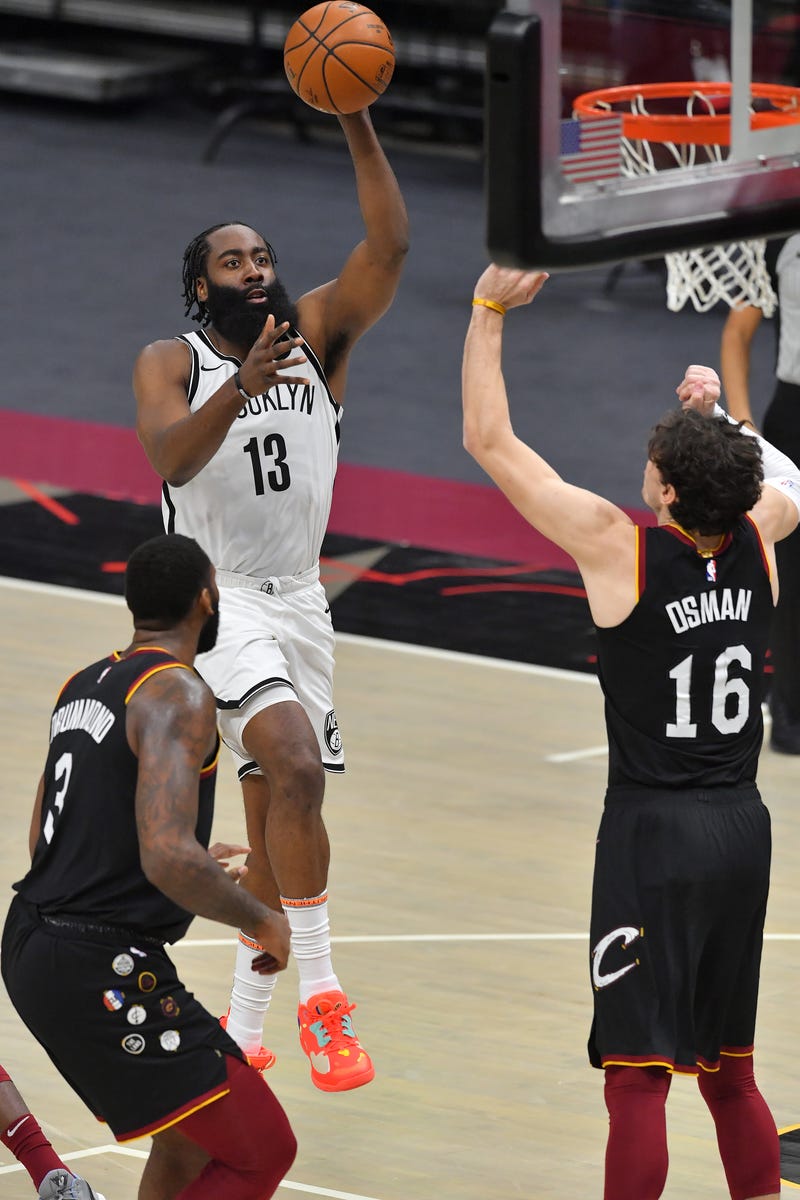 James Harden born 1989 is recognized as one of the best shooting guards in the NBA. He was drafted by Oklahoma City Thunder in 2009 playing alongside Kevin Durant and Russel Westbrook. While with OKC he was a 2 time NBA Sixth man of the year. In 2012, he was traded to the Houston Rockets. He is a 9 time NBA All-Star and has earned all-NBA team honors 7 times. James Harden is a two-time member of the United States National team winning gold medals at the 2012 World summer Olympics. In 2018, he was named NBA MVP of the year. He now plays for the Brooklyn Nets making it to the 2021 All-Star game. James Harden keep being an amazing scorer and getting your team to reach all-time heights!