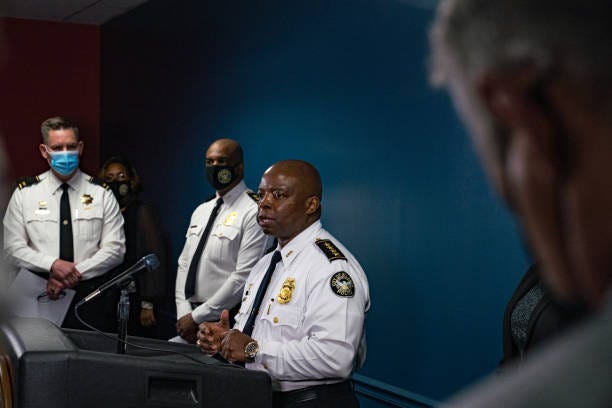 Atlanta's Mayor-elect Andre Dickens won't be sworn into office until January but he says he's already getting to work.

Dickens says he shared with Chief Bryant "some changes we'll make and about the metrics I'm looking for us to hit right away," including increasing the number of police recruits and keeping those already with the department. The Mayor-elect says Bryant's also been alerted that he will be placed on a 100 day contract.

The soaring crime rate, a major issue in the election, has residents of the Buckhead community rallying to break away from Atlanta. Dickens says he'll meet with state officials to determine how to slow down the Buckhead cityhood movement.

Reopening Atlanta City Hall is also something Dickens says he'd like to accomplish quickly "in a very Covid safe way but making sure that our citizens can interact with their government and get the services that they need."