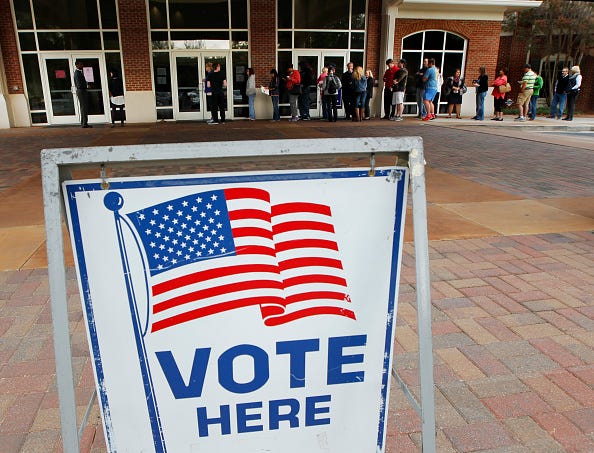 One hour to go before polling places close at 7:00pm in Georgia and, for the most part, all seems to have gone well. Most impressive is the record 850,000 ballots cast during early voting according to Secretary of State Brad Raffensperger.

According to Raffensperger, "the lines are short and turnout is strong." He says that about 9 of the states 2500 precincts will remain open a few minutes later for what he describes as "minor issues." Some of those are in Gwinnett County just outside Atlanta.

Raffensperger expects election results to start coming in before 7:30pm. "The counties have already been processing the absentee voting and all they have to do is press the tabulation button and will get those up quickly."