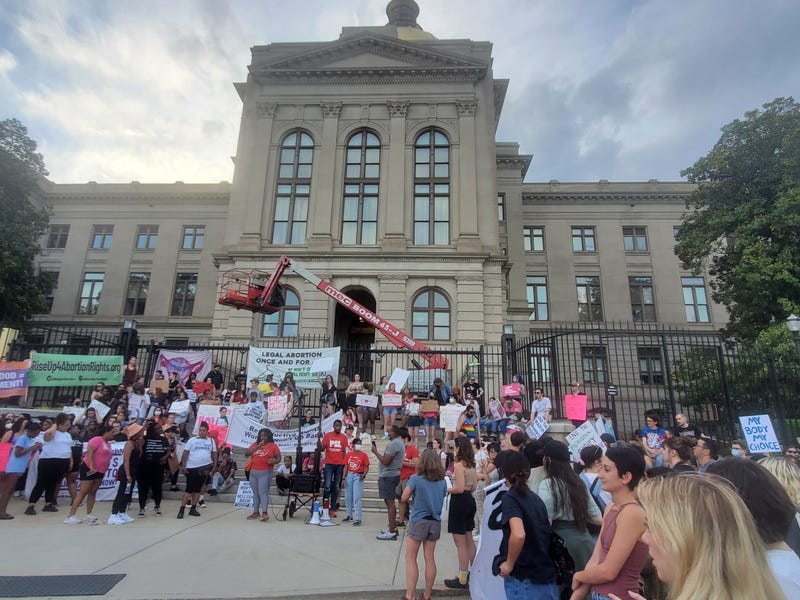 Hundreds marched through the streets of Atlanta and protested at the GA Capitol on May 3, 2022, after a document leak indicating the Supreme Court would overturn Roe v Wade. Photo credit Maria Boynton/Audacy Atlanta

In an interview with Audacy Atlanta's Maria Boynton, Georgia ACLU Executive Director Andrea Young says the state's so-called 'Heartbeat' law is currently on appeal in the 11th Circuit Court. "Abortion is safe and legal in the state of Georgia right now", according to Young, adding "it will take some time for the Supreme Court decision to work its way through."

Georgia's abortion statute would ban abortions once a heartbeat is detected, usually around 6-weeks into a pregnancy.