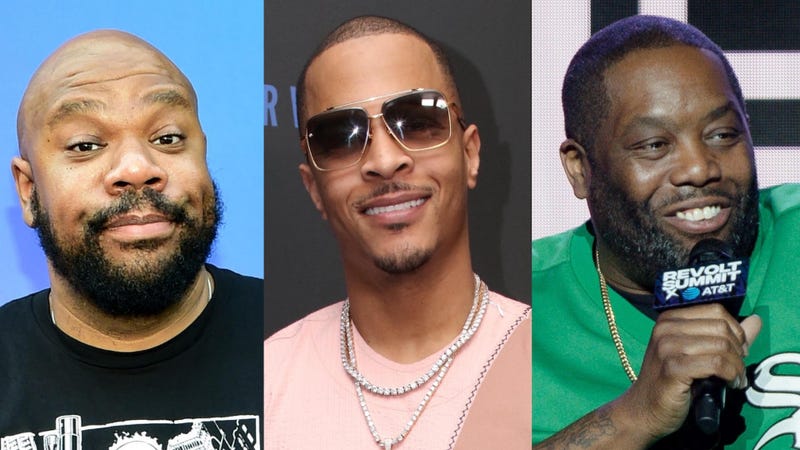 Former Atlanta mayoral candidate, Felicia Moore, is pointing fingers regarding her recent loss in the running to become the 61st Mayor of Atlanta.

Moore took shots at rapper, T.I., and influencer/producer, Isaac Hayes III, saying they produced and circulated false statements via social media regarding Moore’s political views, which she claims caused her to lose the race.

While Moore expressed her disgust with T.I. and Hayes by releasing a statement to TMZ, Audacy’s Big Tigger Morning Show welcomed both men on air to explain their side of the story.

Hayes took the on-air opportunity to state his personal reasons for not supporting Moore saying “she was the only city council member to reduce legislation that would’ve prevented new [music] studios from opening.” In turn, Moore’s policies could “potentially force the closure of other studios in Atlanta that violated whatever the terms were if the legislation was passed.”

T.I. later joined the show to share his reaction to the allegations saying Moore is “focusing on the wrong things” and being a “sore loser.”

The rapper took heavy heat from Moore for a post he shared on his Instagram page stating Moore had plans to “close all strip clubs.” Soon after being posted, the information, which Moore claims is false, went viral and according to her, was the reason she did not win the race.

T.I. has no regrets regarding his post saying, “I posted on Instagram what I thought to be true and there’s a video that supports the claim.” He went on to share that the majority of the population gets information on political candidates from social media and does not believe he should be held to a higher standard of vetting information than the general public. “I’m not The Wall Street Journal,” he quipped.

Calling in to support both T.I. and Hayes and further criticize Moore was rapper, Killer Mike, who also took an active role in voting “No” on Moore.

“What she said this morning was disgusting,,” Killer Mike shared on air. “I have no problem with any politicians but you’re going to play politics fair!”

Listen to interviews with all three above.