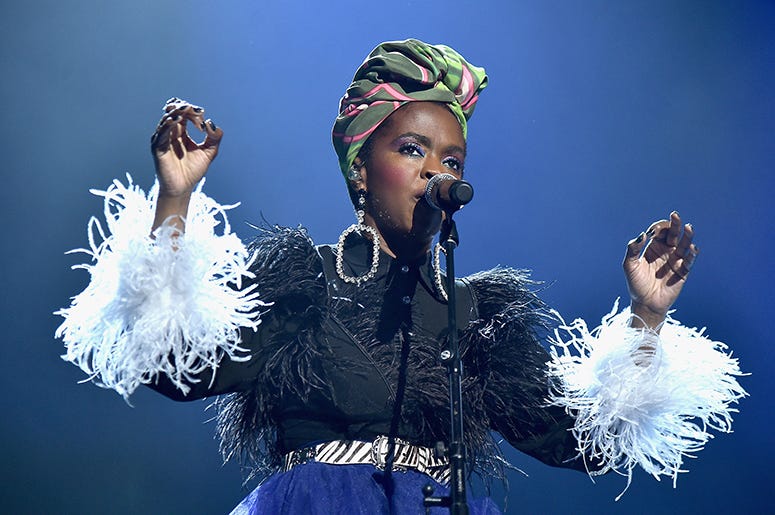 Lauryn Hill released one of the greatest solo debut albums ever with 1998’s The Miseducation of Lauryn Hill. It’s widely impactful, has aged tremendously, and was the first Hip Hop album to win Album of the Year and Best R&B Album. This project also led to Ms. Hill garnering ten GRAMMY nominations and taking home five GRAMMY wins in one night, becoming the first woman to do so.

The Miseducation of Lauryn Hill debuted No. 1 on the Billboard 200 chart and spent 91 weeks on the chart. The RIAA announced the news on Tuesday night, confirming that the album has sold over 10 million units. With the decline of physical album sales in recent years, hitting this milestone is truly the sweetest thing.

Many ask the question of why she hasn’t released another studio album and she finally addressed this in a recent interview with Rolling Stone for their 500 Greatest Albums podcast, stating, "the wild thing is no one from my label has ever called me and asked how can we help you make another album, EVER... EVER. Did I say ever? Ever! With The Miseducation, there was no precedent. I was, for the most part, free to explore, experiment, and express. After The Miseducation, there were scores of tentacled obstructionists, politics, repressing agendas, unrealistic expectations, and saboteurs everywhere. People had included me in their own narratives of their successes as it pertained to my album, and if this contradicted my experience, I was considered an enemy.”

The New Jersey native has yet to make a statement specifically regarding this phenomenal accomplishment, but during that same interview, she acknowledged, “I challenged a norm and introduced a new standard. I believe The Miseducation did that.” That, alone, is why she is one of the greatest of all time with only one solo, studio album.