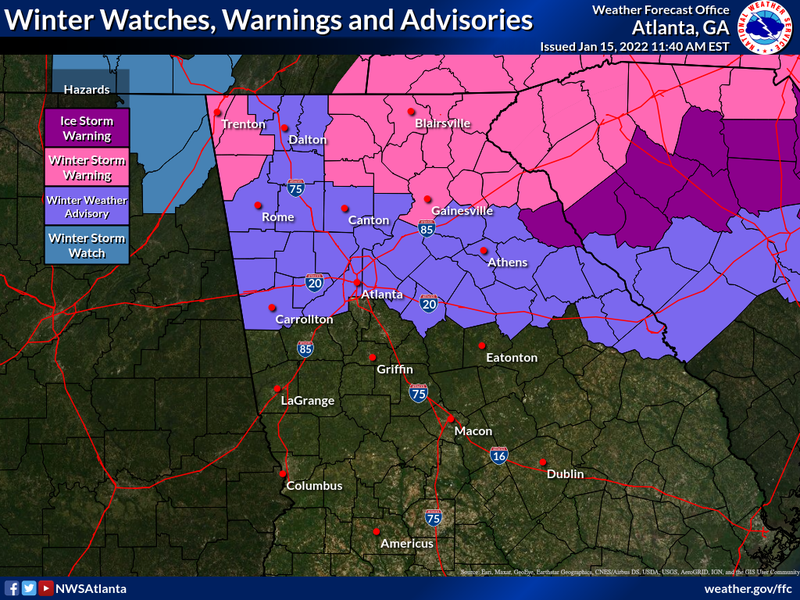 'Snowmageddon' was 7 years ago in Atlanta. Now another massive winter storm could possibly leave the metro area stranded and powerless for days. Mayor Andre Dickens feels confident that the city is prepared this time.

The National Weather Service is predicting that a winter storm system could bring up to 5 inches of snow in the mountains. A state of emergency is also in effect for areas of northeast metro Atlanta including Clayton, Cobb, North Fulton, South Fulton, DeKalb, Douglas counties, Gwinnett, and Fayette counties. 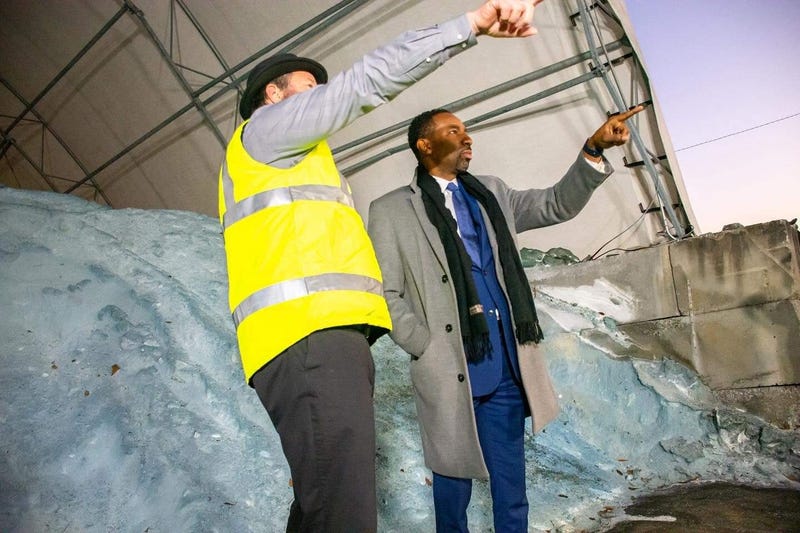 On Friday Mayor Dickens took a tour of City facilities and reviewed equipment in preparation for this weekend’s anticipated winter weather in Atlanta.

Dickens said during a Friday press conference this predicted winter event at the one in 2014 is 'different in a number of ways. One is we're prepared."
The mayor said that Atlanta has "40 trucks ready to go with 5,500 tons of salt and 20,000 gallons of brine." Depending on the forecast Dickens expects the trucks to hit the streets Sunday morning.