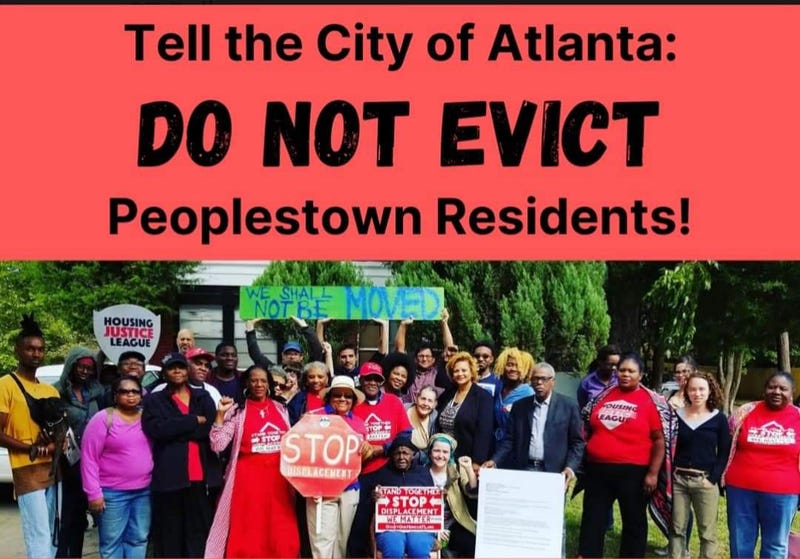 Tanya Washington-Hicks spent Thanksgiving in her home, but by Christmas she and the other remaining residents of Peoplestown could be kicked out by the city of Atlanta.

"Not a peep" was Washington-Hick's reply when I asked her this week if she's had any reponse to her request from the Atlanta mayor's office. The residents have been pleading with Mayor Keisha Lance Bottoms and fighting in court to hold off on evicting them. It's the latest action by the city in the matter that began nearly a decade ago.

It all started 9 years ago when homes not far from Fulton County Stadium, now Georgia State Stadium, were flooding because of water pushed in from paving projects. The city of Atlanta decided that buiding a park and retention pond would remedy the flooding problem. But they needed the residents to move out in order to get it done.

When contacted this week, Mayor Bottoms made the following comment: "Our Administration has negotiated in good faith with the parties and remain supportive of any efforts that get us one step closer to final resolution of this long and complicated matter." That brings no amount of consolation to Washington-Hicks. 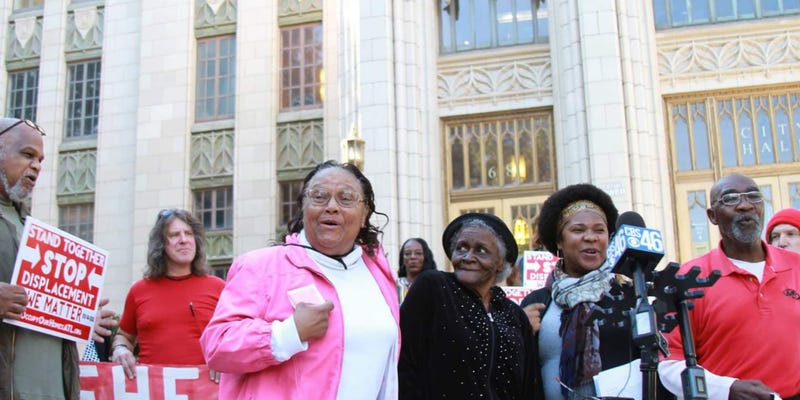 Residents of Peoplestown are seen outside of Atlanta City Hall in 2016 protesting efforts to be removed from their homes. Photo credit Facebook

According to Washington-Hicks "The question wasn't whether or not the city needed to do something to mitigate the flooding, that goes without saying, but they didn't need to misplace as many families as they did." The city engineer reportedly noted that only 2 homes were in question.

The Peoplestown matter gained renewed attention during the current Atlanta mayoral election. Former Mayor Kasim Reed's administration seized the properties. During his recent effort at becoming mayor again Reed attempted to organize a settlement with the homeowners. It failed as did his attempt to become mayor again. During an election forum, Reed was reminded by Peoplestown resident Emma Darden that he had promised the residents that no one would have to move but that he seized their homes anyway.

The remaining 2 candidates in the race for Atlanta mayor recently attended a rally supporting the homeowners. Felicia Moore and Andre Dickens both called on Mayor Bottoms to end the eviction process and to allow the new Administration to find a solution.