Atlanta Falcons tight end Lee Smith joined Dukes & Bell to talk about life after football as the veteran tight end announced Tuesday that he is retiring from the game. Smith also talked about why he thinks Arthur Smith is the right man for the job in Atlanta.

Smith compared the Falcons first year under Arthur Smith and Terry Fontenot to the rebuild he was a part of in Buffalo.

“Well listen guys I’ve always said it’s not the X’s and O’s it’s the Jim’s and Joe’s. I don’t care how good of a coach you are, if you don’t have good players,” Smith said. “I think that was proven in the playoffs. Every playoff team once you got in the final eight had a $30-million quarterback I’m pretty sure. So it ain’t a big surprise what the secret sauce is in football to go win games. You gotta have a guy under center which the Falcons have in Matty.

"This old regime didn’t do them any favors with the salary cap. I haven’t seen it that bad in my 11 years. Brandon Beane and Sean up in Buffalo, they had the same battle when they took over. So it was so similar kinda seeing the way Sean and Brandon turned it around in Buffalo and then being around Arthur and Terry and what their plans are and how they view the roster and different things. So it’s gonna be fun to see what those guys do.” 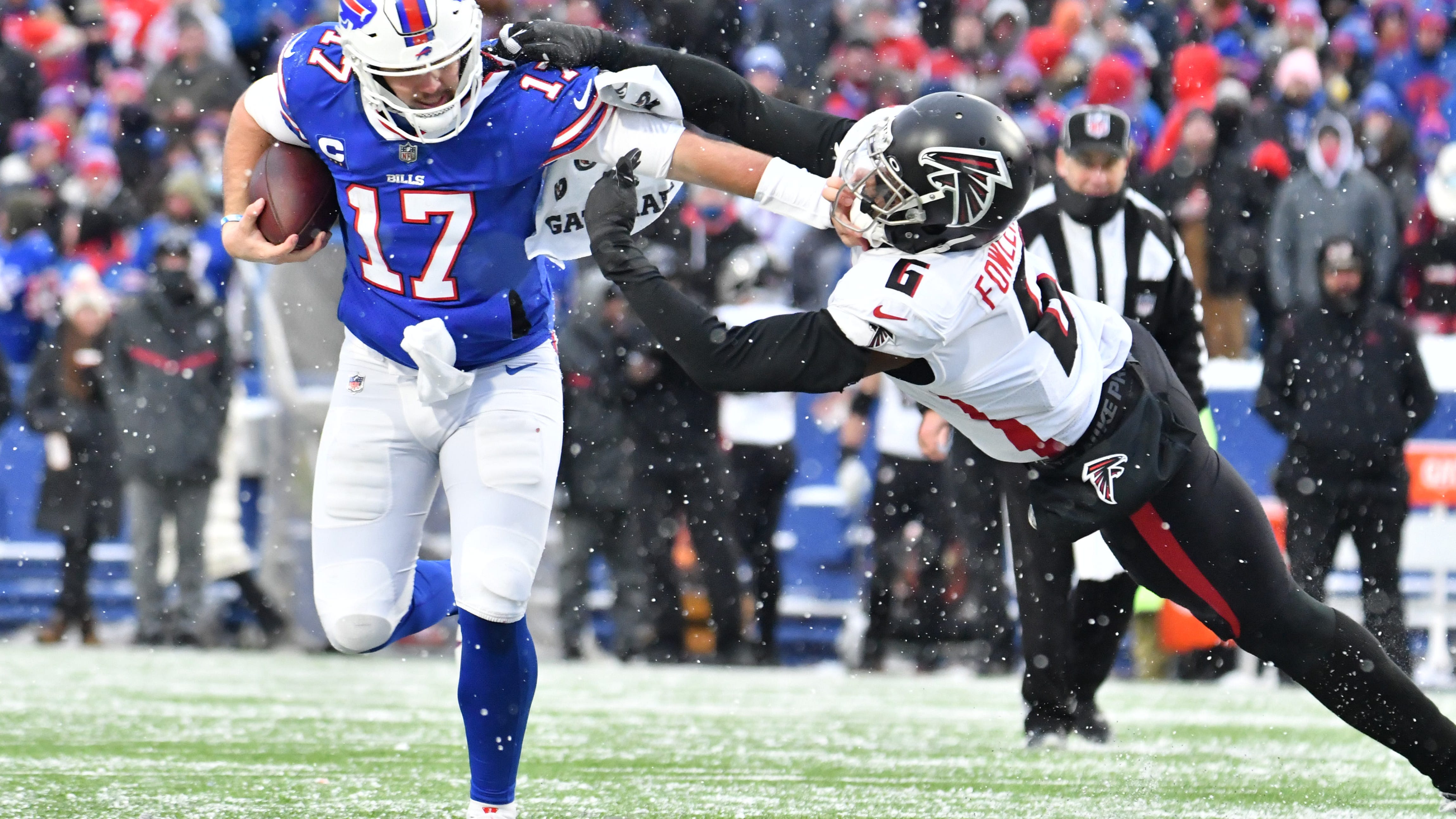 Where do the Falcons need to improve most this offseason?

Smith talked about why Arthur Smith is the right person for the Falcons.

“It’s just his consistency," the tight end said. "You can’t be full of you know what as a leader in our game. There’s too many men, too many different backgrounds. Let’s just call a spade a spade. there’s too many men that have been let down by men their whole life. Most of us don’t come from rich and famous families in pro football, so when your leader is full of crap and says one thing and then does another and doesn’t have that consistency piece it’s just impossible to lead pro football players, period.

"He’s the kind of person that comes in every day, he’s not only proud of the way he leads our team and proud of the method to the madness, maybe a little bit like a mad scientist with everything he does. But he stands behind it.”