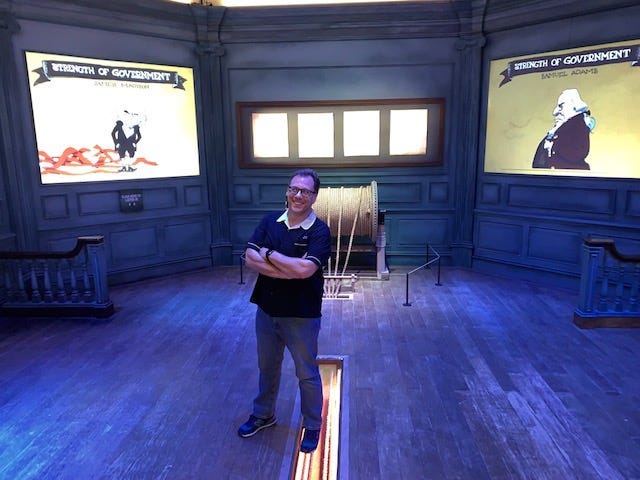 CHICAGO (WBBM NEWSRADIO) -- Scott Stantis' editorial cartoons are syndicated to more than 400 newspapers around the world, but his animation about the Founding Fathers gets him downright giddy.

"When you're on a conference call, Lin Manuel said such and such, as a professional, I'm trying to go, ‘Of course, he did,’ but inside there's that kid going ‘Squee, Lin Manuel likes my work,’" Stantis said, laughing.

The San Diego native joined the Chicago Tribune in 2009. He said when he got the call about the new Hamilton Exhibit, he jumped on the opportunity.

"It's Hamilton. Of course you're interested. I learned later, that I was actually competing against three to four other cartoonists, so it's thrilling," he said. "We started with sketches, they gave me a script but Lin Manuel and the rest of the team were just terrific. They said, do what you want.”

Putting a modern, comedic spin on the story he hopes will hook a new generation of history buffs.

"I think this worked out. I'm looking at it again. Most good artists are self-critical and I'm very self-critical, and it usually takes me a year to like something, but it doesn't suck as much as I thought it would," he laughed.

“Hamilton: The Museum Exhibition” is at Chicago's Northerly Island indefinitely.