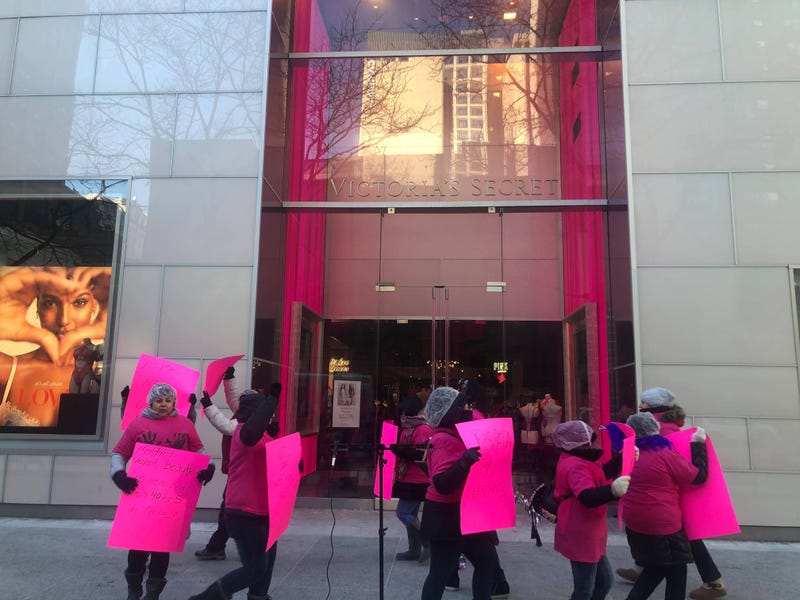 They work for Voyant Beauty, a Chicago company that packages products for Victoria's Secret's beauty line.

The group chanted, "Stop the sexual harassment at your local distributor!" and "No more verbal harassment! We want respect!"

AnnaMaria Jasso is a labor operator who says not only are employees sexually harassed by their supervisors, they're also retaliated against when they make a complaint.

"They give us less hours when we made the first protest," said Jasso.

The Chicago protest coincides with a protest in New York City held by The Model Alliance, a nonprofit organization that promotes fair treatment in the fashion industry.

WBBM reached out to Voyant Beauty for comment, but has not received a statement in response to the allegations.