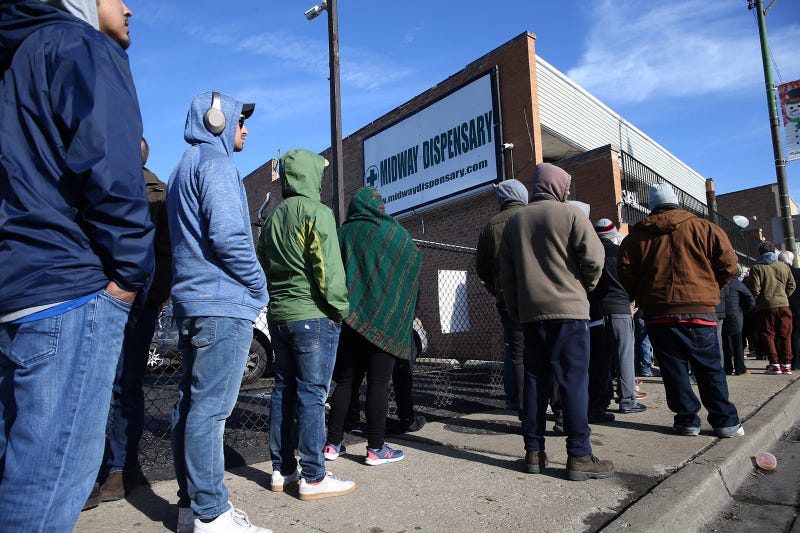 (WBBM NEWSRADIO) -- The legalization of marijuana in Illinois has already generated millions of dollars in taxes for the cash-strapped government, after less than two months of sales. But the nascent industry is only getting started, and opportunities potentially abound for entrepreneurs.

The state's recreational weed law has components built in that are meant to benefit communities of color that did not fare well under the "war on drugs."

“We are definitely connecting people with capital,” executive director Amy Nathan tells Cisco Cotto in the latest WBBM In Depth podcast. “We’re also here to create an immersive, intensive educational experience, to train people both as sort of a mashup mini-MBA and also technical skills in cannabis.

“It’s filling a space that really the government isn’t doing. Because the government comes up with the law and implements the law, but at a certain point there’s sort of a gap between the law and what private businesses are doing.”

In Depth is the WBBM Newsradio weekly podcast that takes a deep dive into a timely issue.