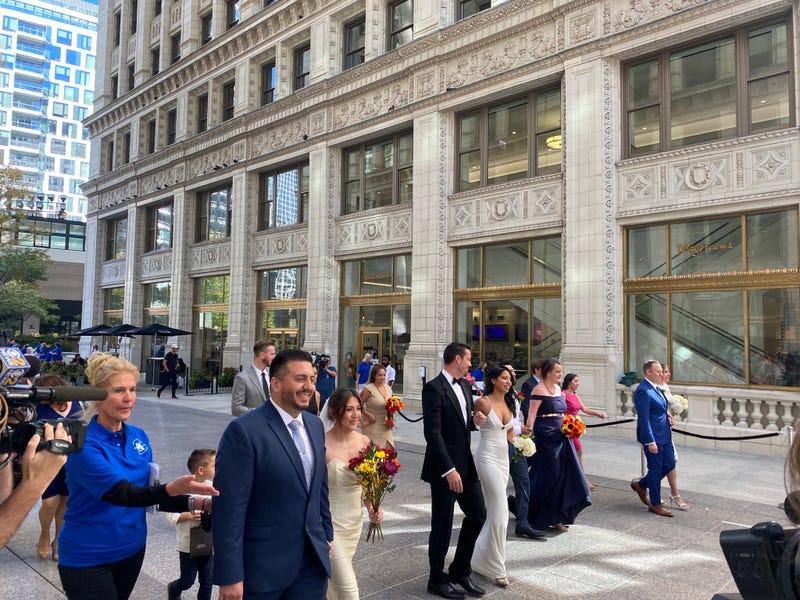 CHICAGO (WBBM NEWSRADIO) — After so many weddings were delayed due to the COVID-19 pandemic, more than 50 couples got to be married in the Wrigley Building archway Sunday.

The couples were the winners of a contest for a chance to be married in the building, marking its centennial anniversary this year. To commemorate 100 years, 100 people celebrated their love beneath the iconic clock tower.

Abby Sagher had entered the contest without their partner, Arielle, knowing. They tied the knot after being engaged throughout the pandemic, delaying their wedding multiple times. 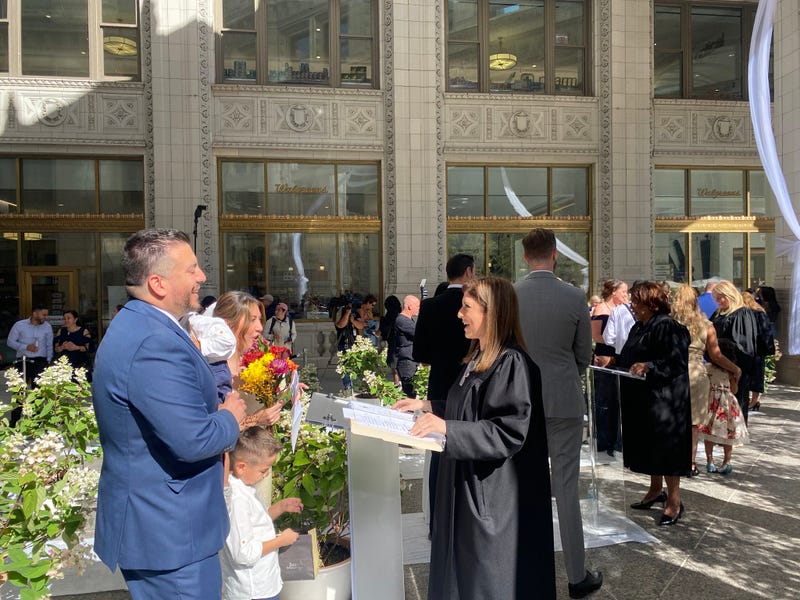 "It's definitely an iconic Chicago landmark that we are excited to be married under," Arielle said.

Four Cook County judges volunteered to officiate the 20-minute ceremonies. They each married at least 12 couples. Robert Prohaska was a volunteer coordinator for the event.

"To have a generation of people that will be able to say they got married under the archway really signifies such a great moment in history,” Prohaska said.