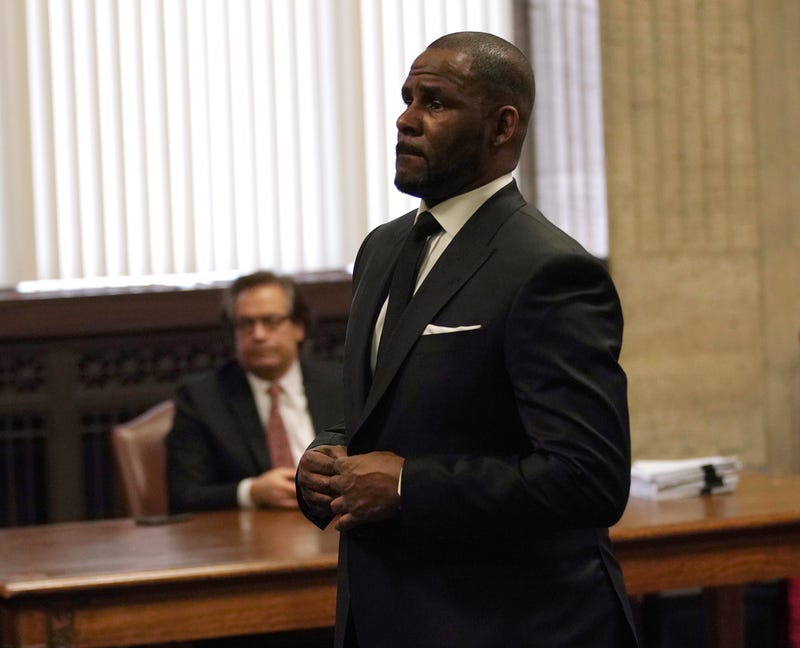 Singer R. Kelly appears in court for a hearing to request that he be allowed to travel to Dubai at the Leighton Criminal Court Building on March 22, 2019 in Chicago, Illinois. Photo credit E. Jason Wambsgans-Pool/Getty Images
By Jon Seidel and Andy Grimm

The judge presiding over R. Kelly's last federal trial excused nearly half of the potential jurors questioned in the case Monday, including those who said they would find it difficult to be fair to the fallen R&B superstar given what they know about the case against him.

At least eight people among the more than 60 questioned said they had seen at least part of “Surviving R. Kelly,” the 2019 Lifetime docuseries that turned out to be a harbinger of bad news for the singer. Most said they had some awareness of the serious legal trouble that followed for Kelly, including many who noted they were aware the singer was convicted on racketeering charges last year in federal court in New York.

But others said they barely knew anything about him. Among them was a man with a doctorate in classical music who said of Kelly, “he’s a musician, and that’s all I know.”

Another said, “I don’t even know who he is.”

No jurors were seated Monday. But after court, Kelly defense attorney Jennifer Bonjean said the jury pool had already been tainted by mentions of Kelly’s previous conviction in court.

“Juries aren’t supposed to know about prior convictions or prior bad acts unless someone takes the stand,” Bonjean said, adding, “How can we be assured that they will not take that into account?”

Jury selection is expected to continue Tuesday morning, and opening statements will begin after the panel is selected. 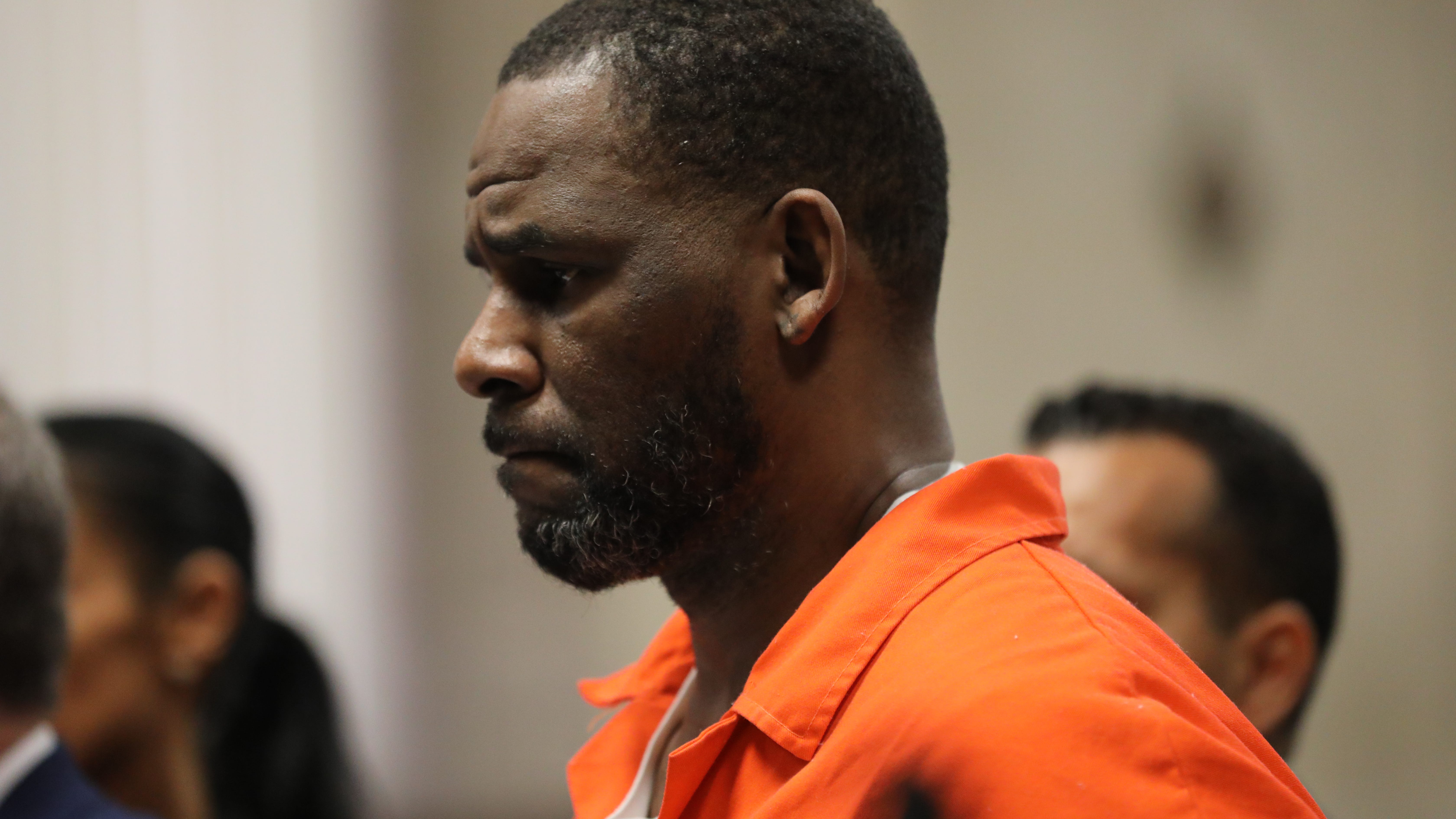 Kelly sat to the left of Bonjean as he watched the process play out in the 25th floor ceremonial courtroom of the Dirksen Federal Courthouse. At times he seemed to be stooped over and have some trouble walking as he made his way from a lock-up to the courtroom, dressed in a grey suit, brown shirt, white face mask and glasses.

Kelly and Bonjean whispered to each other often throughout Monday’s hearing.

Potential jurors sat in the center of the cavernous courtroom gallery, where the walls are lined with photos of current and former federal judges. Though several said they did not think they could be fair to Kelly and his co-defendants, few explained why.

“I no longer firmly believe that I can be unbiased,” one woman said before quickly being excused by the judge.

Another woman who was dismissed said she took tae kwon do lessons with Kelly’s children and that her mother used to speak with Kelly’s ex-wife, with whom he had a bitter divorce — and a lengthy child-support battle.

Kelly’s new trial did not seem to draw any of the crowds or fanfare of his last trial in Chicago on child pornography charges back in 2008. Neither fans nor protesters were seen on the sidewalks outside the federal courthouse Monday morning, perhaps because Kelly, who has been held in custody at the downtown Metropolitan Correctional Center, won’t be seen coming and going from court. Kelly has been in federal custody since his 2019 arrest outside his Trump Tower condo. He is already serving a 30-year federal prison sentence as a result of his 2021 racketeering conviction in New York. Now, in Chicago, he is facing charges alleging child pornography, obstruction of justice and the enticement of minors into criminal sexual activity.

The Chicago trial involves five alleged victims, four videos, 13 criminal counts and 24 years of alleged conduct starting in 1996. Bonjean has said the age of Kelly’s alleged victims at certain points in time “are of central importance in this case.”

Before questioning potential jurors Monday, U.S. District Judge Harry Leinenweber denied a request from Bonjean to reject anyone from the pool who had seen the “Surviving R. Kelly” docuseries — a ruling that appeared to leave Bonjean frustrated. The defense attorney has also raised the issue while challenging Kelly’s New York conviction.

Bonjean told the judge before he ruled that the docuseries was “incredibly inflammatory” and addresses “the precise issues” in Kelly’s latest trial.

“Someone who has seen it should be removed,” Bonjean said.

One potential juror prompted laughter in the courtroom when she shared the advice her brother had apparently given her after she learned she’d been summoned to jury duty this week.

She said he told her, “if I watched the documentary, I’d probably get kicked off” the jury.

Leinenweber wound up excusing just one of the eight potential jurors who said they had seen the docuseries. 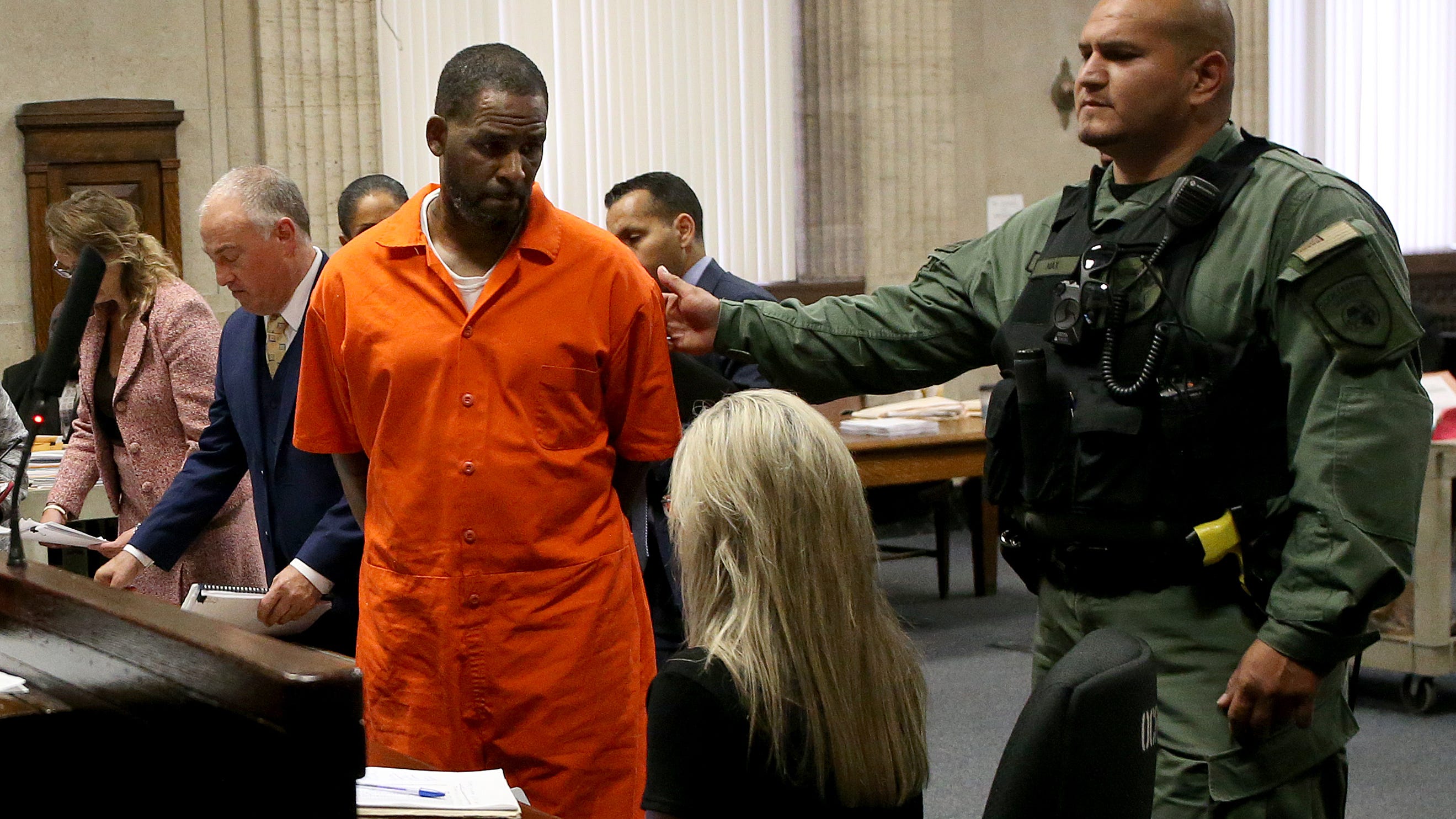