The victim, a 27-year-old woman, was walking to the lake around 6:30 a.m. when a surveillance camera captured a man, identified by prosecutors as 20-year-old Devontae Huggins, assaulting her near Orrington Avenue and Clark Street.

“The suspect approached the victim from behind, grabbed her, threw her to the ground, and attempted to remove her pants,” Evanston Police Cmdr. Ryan Glew told CBS 2. “It was at that time several good Samaritan citizens intervened toward the attack by yelling, drawing attention to the attack, and chasing the offender away.”

He said images from a surveillance camera were shared with neighboring police departments, showing the suspect wearing a distinctive Gucci jacket.

“The offender was wearing a red, black and white, very distinct Gucci jacket. That photo was shared with to our North Shore Law enforcement partners,” Glew told CBS 2.

Hours later, Huggins was spotted on a street in Glencoe, talking to himself, and police said, appearing in distress.

"The citizen in Glencoe saw him aimlessly talking to himself, in some type of crisis," Glew said.

Huggins was arrested and charged with attempted sexual assault and aggravated battery. His bond is set at $200,000 along with electronic monitoring, CBS 2 reported. He has had no prior arrests.

The victim suffered scrapes and bruising. 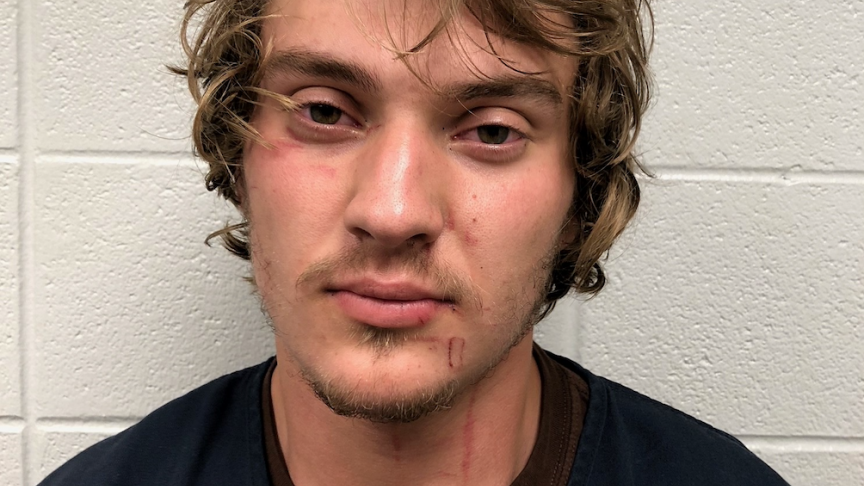