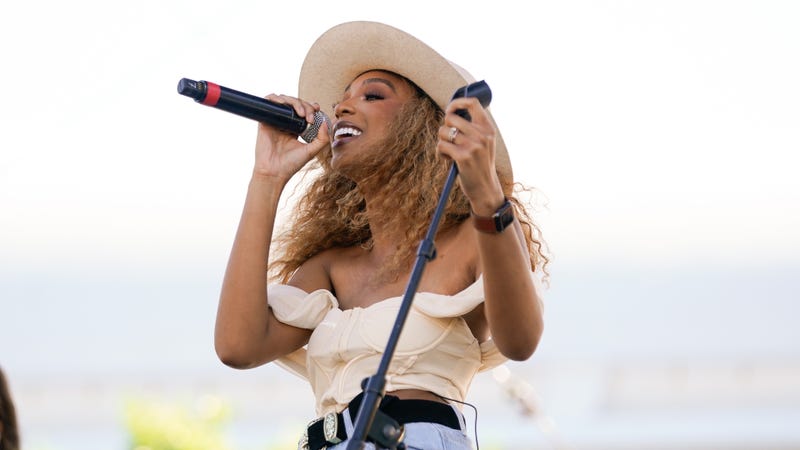 Ready to freshen up your Country playlist? You’re in the right place. We know it can be hard to stray from that playlist filled with Country hits you know every word to from the last 10 years, but change is good, and great things never came from comfort zones.

Just like the title says, this single has us “Falling in Love” with Country newcomer, Bailey Zimmerman. Capturing some major outlaw vibes with the Louisville, IL native’s smoky vocals and a heartbreak storyline, this song is everything a true Country fan craves. Definitely a strong start to what’s sure to be a successful career for the 22-year-old.

Corey Kent is planting his roots in Country music and there’s nowhere better for him to be. A Bixby, OK native, Kent was a standout contestant on Season 8 of NBC’s The Voice with coach, Blake Shelton. Following the show, Kent is finding his way onto the charts with “Wild As Her” — the ultimate windows-down, petal-to-the-metal, summertime love song.

There’s nothing we love more than a good play on words and strong Country collab, and Elle King is serving up both with “Worth A Shot” featuring Dierks Bentley. A song about trying to reignite a love-flame with a little liquid courage is all any Country fan needs to know to give it a shot!

4 Tiera Kennedy — Found It In You

Tiera Kennedy is giving fans a unique mix of R&B, Country and a whole lotta love. Inspired by the Alabama-native’s own relationship, the newlywed is spreading the butterflies with this refreshing love song that will have you, along with everyone else, loving love!

5 Shane Profitt — How it Oughta Be

Calling all traditional Country fans! Shane Profitt’s Country vocals will not only have you all in your ‘90s Country feels, but also reminiscing on simpler times with lyrics surrounding the Southern way of living. From backyards and cold beer to momma’s chicken and good friends this tune is quite literally what Country music is all about!

6 Ian Flanigan — Last Name On It

After a successful run finishing third on season 19 of NBC’s The Voice, Ian Flanigan is ready to make his way to your radio with “Last Name On It.” A fun song all about the joy of finding your soulmate, it’s made for fans to celebrate their special someone. “This song is for the one you love.” Flannigan shared with followers on social media. “So excited to share it with you!”

7 Randy Houser — Note To Self

Randy Houser is making his return to Country music for the first time since 2019 and boy, are we glad! After taking time away to focus on songwriting Randy has returned with a reflective single and we can’t get enough. “I knew it was special as it came together in the room” Houser said of the songwriting process. “It really paints a picture of the reflective mindset many of us have been in recently. I think we’ve all learned more about ourselves and the things that really matter in life.”