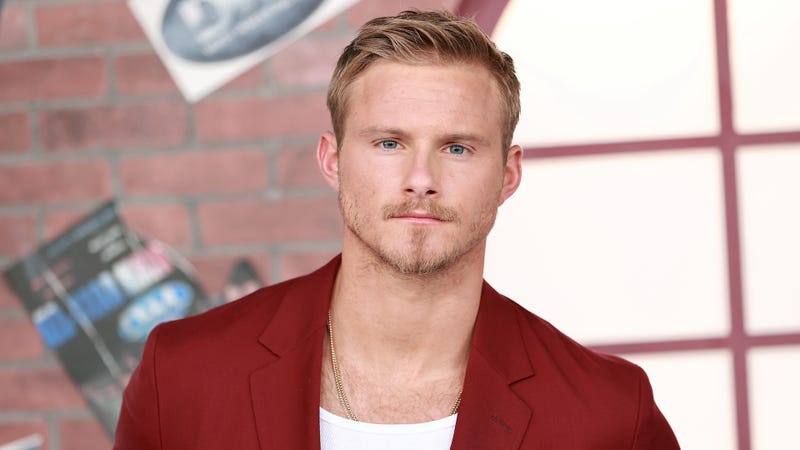 Alexander Ludwig may be a familiar face as he’s landed acting roles in films including Lone Survivor, Hunger Games and more. The 30-year-old is now trying his hand in Country music and credits one of his acting roles for getting him a start.

LISTEN NOW: Alexander Ludwig joins  WYCD’s Josh, Rachael and Grunwald in the Morning to share how his acting career helped him get a start in Country music

“Lone Survivor, that film to date is probably my favorite film I’ve gotten to be a part of,” Ludwig told WYCD’s Josh, Rachael and Grunwald in the Morning. “It was a smaller role, but it did stick out, and that’s all thanks to [director] Peter Berg. He wrote me this incredible part.”

He continued, “Funny thing is, all of this [Country music success] is happening because of that movie. Basically, Jason Aldean’s band came up and said “Hi” to me when I was taking a trip to Nashville… they said they loved Lone Survivor, and we ended up sitting next to each other on the plane. Just by happenstance, and this is how it all began. Pretty crazy!”

Ludwig is starting to gain some traction with his Country career after the release of “Let Me Be Your Whiskey,” proving he’s got plenty of storytelling talent to go around!

“Acting is my bread and butter and always will be, I love telling stories,” he said. “But, I will also say that I think that Country music is one of the greatest — if not the greatest — form of of storytelling. So, in terms of how I’m going to balance it, I’m having panic attacks!” He laughed.

While he’s had help getting started from Aldean and his band, Ludwig knows “making it” in Country music is something he’ll have to work hard for, much like his acting career.

“It’s taken me 15 years to get me where I am in my acting career,” he said. “I know that this is not a one-year thing. This is the rest of my life kinda thing. Whether I’m playing a dive bar or arena, it really doesn’t make a difference. I love this. If you don’t believe this is real to me, just wait 10 years and see I haven’t left.”

Ludwig has plans to release his debut album, Highway 99, on August 26. Hear his entire conversation about music, acting and more above.