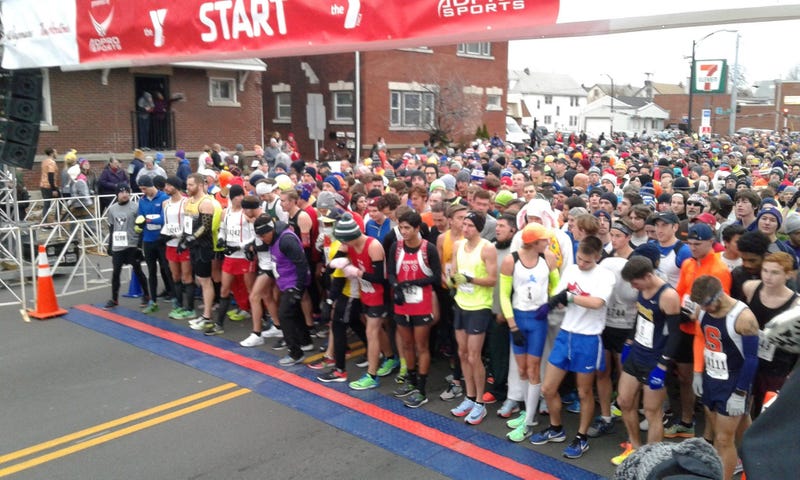 BUFFALO, N.Y. (WBEN) - Organizers of the YMCA Turkey Troy were given the okay by City of Buffalo officials to hold an in-person race on Thanksgiving morning.

Race officials announced Tuesday morning that there will be limitations on the number of runners. This year's race will feature only 125 runners for the annual race on Delaware Avenue instead of thousands as it is traditionally. The capacity was chosen because this year is the 125th year of the event.

"Like the 'Y' itself, this race has withstood many tests of time," Mario Hicks, Vice President of Financial Development at YMCA Buffalo Niagara, said. "It's taken place every year for the last 124 years. It has seen its way through pandemics, two world wars, and the Great Depression."

There will be no awards given out this year and if you’re not selected to run it in person, you can still run the virtual race. https://t.co/A8Q8hl34sw

Registration for the race opens at 7 p.m. Tuesday and will close on September 25. The 125 runners will be selected at random on September 28.

Those who are not selected to run in the annual race can still take part in the virtual race. Anyone can run in their own community and will receive a t-shirt and medal. Organizers encourage runners to download the "RaceJoy" app for additional information.

All entrants must be at least 18 years old and a Western New York resident. Registration fee is $125 and entrants must commit to raise $1,000 to support the YMCA's mission.

Racers will be divided into waves of 15 runners. Masks must be worn during the race.

More information about the Turkey Trot can be found here