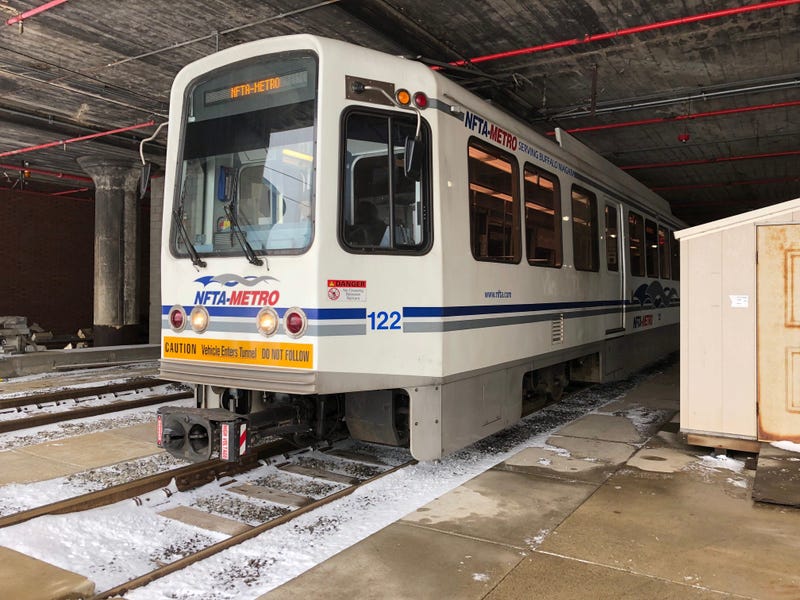 BUFFALO (WBEN - Brendan Keany) - It's still extremely early in the process, as the NFTA is proposing to expand the existing Metro Rail from University Station to the I-990. Last night, the public was invited to an open house style meeting where they could meet with officials and express concerns with the project.

A meeting is being held tonight at Sweet Home Middle School regarding the NFTA’s proposed Metro Rail expansion. This meeting will serve to gather concerns about the environmental, noise, construction and transportation impact from residents as part of the study on these factors. pic.twitter.com/CsPjq92ouS

"What we're trying to do is a fact-finding mission in a way, in understanding what the public, and what the federal and state agencies have issues on and concerns, what they see as effects of light rail being introduced on this corridor from University Station all the way out to 990," said Scot Sibert, who serves as project manager for WSP, which is the consulting team leading the study for the NFTA.

He says they want to hear from the public about their personal traffic, construction, noise and environmental concerns, so they are more aware of the area and what they may have to do to mitigate those problems.

"Right now, the rough estimate is approximately $1 billion, and half of that would be paid for using federal funds. Under a program that used to be the New Starts/Small Starts Program, there was federal funds made available for infrastructure projects such as this," said Minkel. "The other remaining half, $500 million, would have to come from non-federal sources - whether that's local, state, or private investment - just some source other than that federal investment piece."Minkel believes Buffalo would score pretty high in a race to secure that federal funding.

There will be concern that at least half of the project could have to come from non-federal funding, but Minkel says this project is something that the community itself has expressed interest in.

As for this phase of the planning process, all public comments must be received by March 10, and they'll be summarized and presented some time after that.