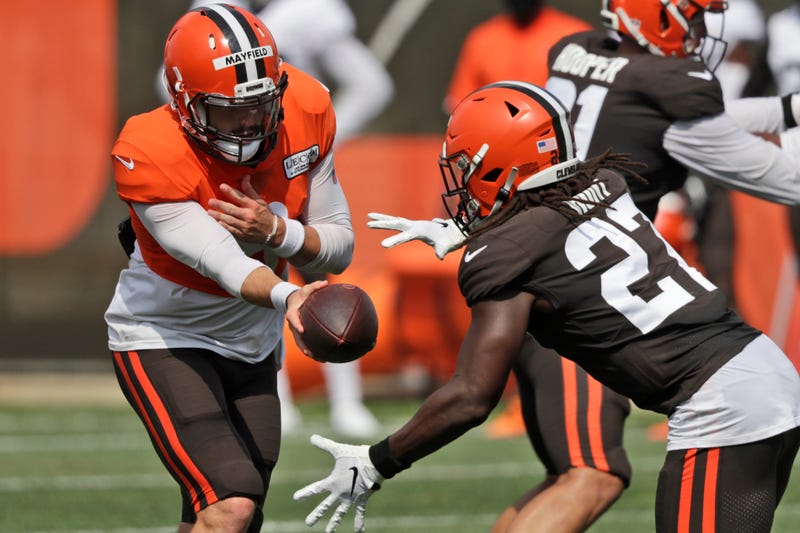 Kareem Hunt has found a home — at home.

Suspended last season by the NFL for two physical off-field altercations, Hunt has agreed to a two-year, $13.25 million contract extension with the Cleveland Browns, a person familiar with the deal told the Associated Press.

Hunt, who served his eight-game suspension after joining Cleveland as a free agent, is expected to sign the deal Tuesday, said the person who spoke on condition of anonymity because the contract isn't finalized without the running back's signature.

Hunt grew up in the Cleveland area and conveyed his appreciation in getting the extension on with an Instagram posting.

“Cleveland has always been home to me, and putting on the Orange & Brown has been THE dream growing up," Hunt wrote. “Being able to make it official, and play my heart out for the city I love for the next few years is a blessing.”

Hunt thanked Browns owners Dee and Jimmy Haslam, general manager Andrew Berry and coach Kevin Stefanski “for continuing to believe in me through the process, and as an integral part in the offensive scheme.”

Hunt will start the 2020 season as Cleveland's No. 2 running back behind Pro Bowler Nick Chubb. But the Browns are expected to use the 25-year-old Hunt in a variety of ways because of his pass-catching ability and could play him at wide receiver.

Cleveland took a chance when it signed Hunt last year after he had been suspended by the league for two violent off-field altercations, one in which he shoved and kicked a woman while he played for Kansas City.

After debuting with the Browns last season, he rushed for 179 yards and two touchdowns and caught 37 passes for 285 yards and a touchdown over the final eight games.

The Browns retained him as a restricted free agent this winter, even after he was pulled over for speeding by police, who found a small amount of marijuana in his car.

Hunt led the NFL in rushing as a rookie with the Chiefs in 2017 when he gained 1,327 yards. He was thought to be part of Kansas City's long-term plans, but the team parted ways with him after he wasn't honest with them following an incident while he was in Cleveland.

Hunt was seen on videotape shoving and pushing a woman during an argument in the hallway of a Cleveland hotel. He wasn't charged by police, but the altercation damaged his reputation and led to his league ban.