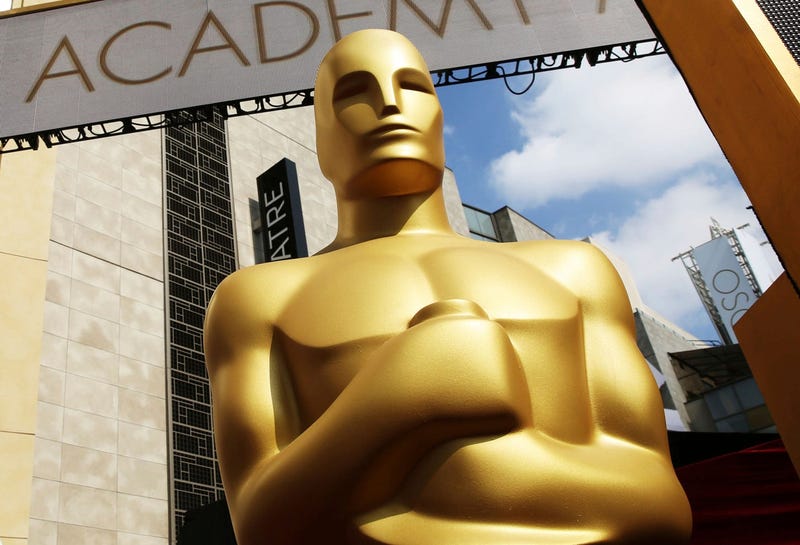 Photo credit FILE - In this Feb. 21, 2015 file photo, an Oscar statue appears outside the Dolby Theatre for the 87th Academy Awards in Los Angeles. The Academy of Motion Picture Arts and Sciences laid out sweeping eligibility reforms to the best picture category intended to encourage diversity and equitable representation on and off screen beginning with the 96th Academy Awards. The announcement on Sept. 8, 2020, became a hotly debated topic on social media with some claiming it goes too far and others saying it doesn't go far enough. (Photo by Matt Sayles/Invision/AP, File)
By The Associated Press

Any change to the Oscars is going get people talking, so the leaders of the Academy of Motion Picture Arts and Sciences were not exactly surprised that the new best picture inclusion standards became a trending topic on social media as soon as they were announced Tuesday night.

“Change doesn’t come without some variation of views,” said Paramount Pictures CEO Jim Gianopulos, who co-headed the task force behind the criteria with film producer DeVon Franklin. “Nothing is absolutely perfect, but this is a very progressive effort to make change.”

Starting with the 96th Academy Awards in 2024, best picture nominees will have to meet specific requirements addressing gender, sexual orientation, race, ethnicity and disability in front of and behind the camera in order to qualify. Films must comply with two of four broad representation categories: On screen; among the crew; at the studio; and in opportunities for training and advancement.

Some said they went too far and accused the new rules of inhibiting art and artists with quotas. Others, like Stacy L. Smith, director of the University of Southern California’s Annenberg Inclusion Initiative, said they didn’t go far enough.

Smith said she could find few Oscar nominees from the past 20 years that didn’t already meet the new standards.

“I want to commend them for trying and for putting together a criteria because we know criteria is a way to counter bias,” said Smith. “But we’re not seeing anything that will push conversation forward. They’re not aspirational in any way.”

The Academy leadership team believes the reforms will inspire change, though.

“This is about broadening the definition of excellence. This is about inclusion,” Franklin said. “This is not about exclusion.”

The Oscars, and the films and people that get nominated, have been long been used as an indication of the lack of diversity in Hollywood. Five years ago, the film academy endeavored to significantly diversify its own membership. It is now embarking on a new five-year plan, Aperture 2025, to address deeper inequities in the business. The best picture adjustment is just one of the effort. Others include implementing a set 10 best picture nominees starting at the 94th Oscars and mandatory unconscious bias training for academy members.

The best picture standards were specifically designed to be flexible and “give latitude” to filmmakers.

“We feel like they give filmmakers and studios an opportunity to make the movie they want to make and have flexibility in how these standards ultimately get applied,” Franklin said.

Gianopulos said that they were also mindful of films like Sam Mendes’ World War I film “1917,” which by the nature of its story focused mostly on white men and thus wouldn’t meet the first criteria that addresses diversity in front of the camera.

“That’s why there are four criteria,” he said. “If a particular film doesn’t lend itself to people in front of the camera in terms of representation, then there are three other categories in which progress can be made.”

One of those categories is at the studio level, which requires “multiple in-house senior executives in marketing, publicity and/or distribution” to be from an underrepresented group. This was directly inspired by an experience Gianopulos had with one of his films.

“We made a film with a very prominent African American filmmaker that was made for the African American audience and he came to the marketing meeting and stared at a bunch of white faces,” he said. “That tells you everything you need to know.”

The academy’s diversity and inclusion standards were inspired by similar efforts by the British Film Institute, which have been a requirement for most public funding in the U.K. since 2014. But a recent report said that even that has not yet improved racial inequality.

The film academy plans to gather and analyze data over the next few years from confidential surveys to ensure that the standards are defined properly.

“It isn’t just about meeting the minimum requirements. It’s how do we change the intentions in the industry and in filmmaking,” said academy CEO Dawn Hudson. “We want success across the industry.”

news
Will you still need to wear masks at chains like Walmart and Target? This is where 15 major retailers stand
music
Tracee Ellis Ross responds to ‘Black-ish’ coming to an end next season: ‘It’s gonna be a good one!’
sports
'Dark Side of Football' series to feature episodes on Bill Belichick, the Browns and more: report
news
Ivanka Trump displays toned abs in sports bra and leggings on beach stroll
<a href="http://www.audacy.com/sports/mlb/insider-considers-yankees-most-logical-fit-for-story?article=curated" class="trending__item__link spa-link" data-track-type="article-link" data-track-component-name="trending" data-track-page-uri data-track-headline="MLB insider considers Yankees the ‘most logical’ landing spot for Trevor Story" dat