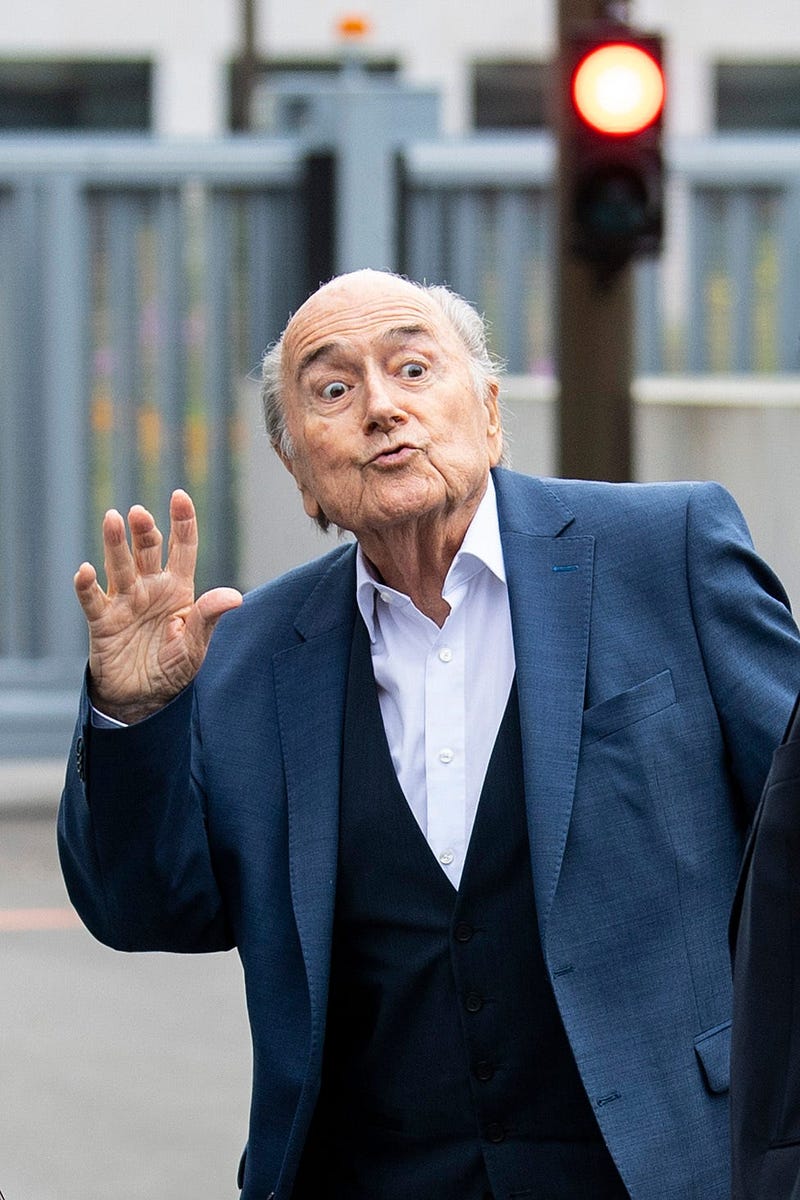 Photo credit Former FIFA President Sepp Blatter appears in front of the building of the Office of the Attorney General of Switzerland, on Tuesday, Sept.1, 2020, in Bern, Switzerland. Sepp Blatter and former UEFA president Michel Platini each face interrogation from the Swiss public prosecutor as part of the proceedings opened in 2015 over a payment of 2 million Swiss francs. (Peter Schneider/Keystone via AP)
By The Associated Press

Blatter was quizzed about suspected criminal mismanagement at FIFA one day after Platini spent about three hours at the offices of Switzerland’s federal prosecutors.

The 84-year-old Blatter waved as he arrived in Bern with his lawyer, Lorenz Erni.

A criminal proceeding has been open against Blatter since the allegation was revealed in September 2015, though it was extended to Platini only three months ago.

Blatter has also been a suspect since May in a second allegation linked to $1 million of FIFA money gifted in 2010 into the control of now-disgraced Caribbean soccer leader Jack Warner.

Blatter has long denied wrongdoing during his 18-year FIFA presidency. His term ended following American and Swiss investigations of corruption in international soccer.

Platini was favored to succeed his former mentor in a February 2016 election until the $2 million allegation ended his campaign.

Blatter instructed FIFA to pay Platini after the French soccer great asked for deferred salary from a decade earlier. Platini had been an advisor in Blatter’s first presidential term from 1998-2002.

The FIFA ethics committee and the Court of Arbitration for Sport ruled there was no valid verbal or written contract to pay the money.

Both men were banned from working in soccer by the FIFA ethics committee and removed from office. Blatter’s six-year ban expires next October.