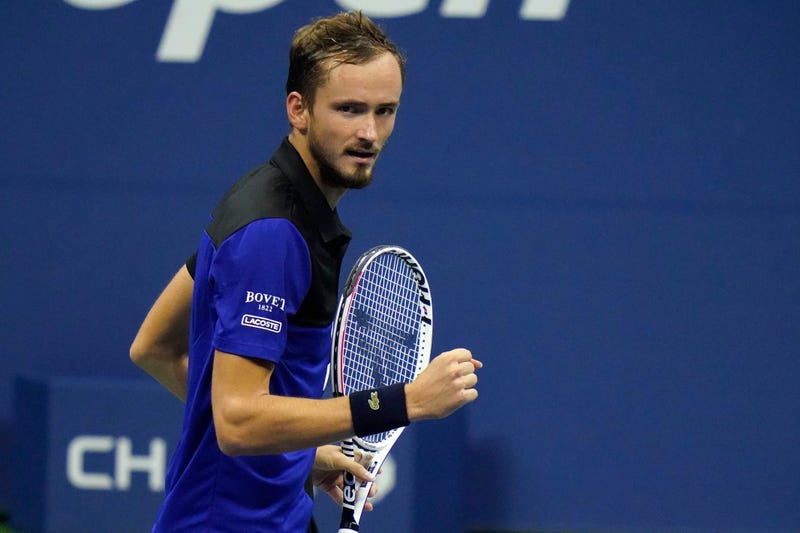 Photo credit Daniil Medvedev, of Russia, reacts after winning a point against Frances Tiafoe, of the United States, during the fourth round of the US Open tennis championships, Monday, Sept. 7, 2020, in New York. (AP Photo/Frank Franklin II)
By The Associated Press

Third-seeded Daniil Medvedev is into the quarterfinals of the U.S. Open, where he finished as runner-up last year to champion Rafael Nadal.

Medvedev was in control from the outset of a 6-4, 6-1, 6-0 victory over American Frances Tiafoe, ranked No. 82 in the world. The Russian needed only an hour and 38 minutes as he maintained his streak of winning every set so far in the tournament.

Medvedev has dropped serve only three times in all.

With top-ranked Novak Djokovic out of the tournament and Nadal not playing because of COVID-19 concerns, Medvedev has a clearer path to a title. He'll face Russian Andrey Rublev in the quarterfinals.

Tiafoe had “Black Lives Matter” on his sweatshirt and shoes, along with a handwritten “Respect Us!”