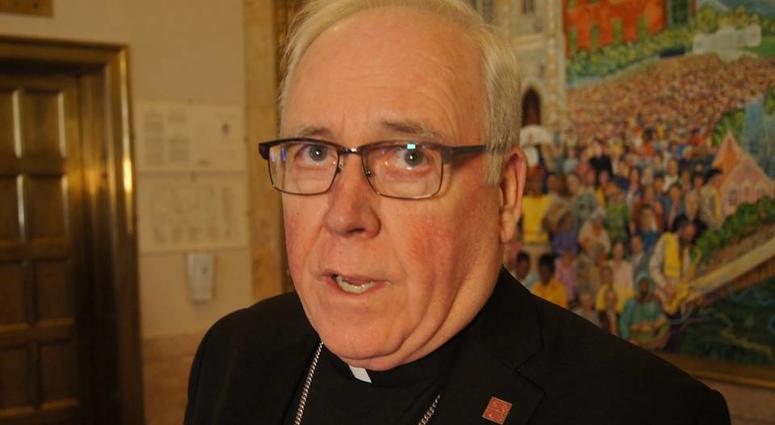 The Vatican announced the resignation in a brief statement, adding that Francis had named Edward Scharfenberger, the bishop of Albany, New York, to run the Buffalo Diocese temporarily until a permanent replacement is found.

The Vatican’s embassy to the U.S. said Malone offered to step down two years before the mandatory retirement age of 75 after learning the results of a Vatican-mandated inquiry into the western New York diocese and its handling of abuse cases.

The organization forst formed to help restore trust within the Catholic community in Western New York has released a statement early Wednesday:

"The Movement to Restore Trust (MRT) received the news of Bishop Richard Malone’s resignation with a mixture of sadness and relief.  From the start of our reform efforts in October 2018, the MRT stressed that the problems that the Catholic Church in Buffalo faces were not caused by a single person.  In our view, this was less about Bishop Malone and more about a culture and a way of operating that predated the bishop’s arrival in Buffalo."

The Diocese of Buffalo will introduce  Albany Bishop Edward Scharfenberger as the apostolic administrator of the Buffalo Diocese during a morning news conference that will be heard LIVE on WBEN.

The diocese has been named in more than 220 recent lawsuits by people who allege they were sexually abused by priests.

Many of the allegations date back decades, long before Malone’s arrival in Buffalo in 2012. But critics say there have been more recent missteps by Malone, including his decision to return to ministry a priest who had been suspended by a previous bishop for including “love you” in a Facebook message to an eighth-grade boy.

Malone later endorsed the same priest for a job as a cruise ship chaplain, even after he was also accused of making unwanted advances toward young men.

Malone has admitted to making mistakes in cases involving adult victims. But he had firmly refused to resign and insisted he wanted to stay on the job to see the diocese through a process of “renewal.”

Earlier, his executive assistant, Siobhan O’Connor, leaked internal church documents after becoming concerned that Malone had intentionally omitted dozens of names from a publicly released list of priests with credible allegations of abuse.

A diocesan priest, meanwhile, circulated a “no confidence” letter for signatures.

And in September, a group of lay Catholics that had been working with Malone to restore trust in the church instead joined in calls for his resignation.

“Collections are drying up in parishes,” said John J. Hurley, the president of Canisius College in Buffalo and a leader of a lay group that had been working with Bishop Malone but is now calling for his resignation. “People are walking out of the parishes saying ‘I’ve had enough.’”

Over the years, the leadership of the Buffalo diocese had assured local Catholics that the scandals involving pedophile priests elsewhere would never happen there.

So it came as a shock when Michael F. Whalen, 52, gave a news conference in February 2018 and accused the Rev. Norbert Orsolits of molesting him on a ski trip in the 1980s, when Mr. Whalen was a teenager.

Father Orsolits then admitted to a reporter for The Buffalo News that he had sexually abused “probably dozens” of teenage boys in the late 1970s and early ’80s before entering treatment. He retired in 2004 and could not be reached for comment.

A flood of other accusations of abuse by priests began to pour into the diocese and the local news media, some involving priests still in the pulpit. In March 2018, under pressure, Bishop Malone published a list of 42 Buffalo priests who had been credibly accused of child sexual abuse over decades.

But Siobhan O’Connor, his administrative assistant who would become the diocese’s most prominent whistle-blower, had seen the draft list.

His list of accused priests “was curated to deceive the public,” she said.”Credit...Libby March for The New York Times

It had 117 priest names on it, she said. Among those omitted from the final list were active priests, she said, and priests whom the bishop had shielded in the past.

Attorneys general in several states, including New York, have begun civil investigations into how the Catholic church reviewed and potentially covered up abuse.