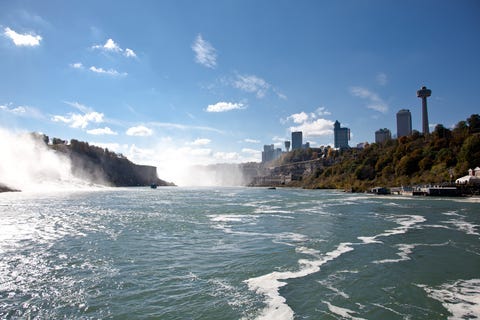 Around 12:15pm, the CBP Marine Unit responded to a distress call transmitted by the U.S. Coast Guard of a capsized kayak on the Niagara River near the Peace Bridge. The CBP says agents saw a woman kayaker clinging to a net that a nearby fisherman had extended to her. The agents then reached into the rapids and were able to successfully pull her safely onboard their Border Patrol vessel. Agents treated her for a minor laceration. then taken to the Harbor Place Marina where she was met by Emergency Medical Services. Another woman was also rescued.

“The quick action our agents displayed prevented a potential tragedy, said Patrol Agent in Charge Jeffery T. Wilson. “This portion of the river is extremely treacherous and is another example of our agents putting their own lives on-the-line in order to help keep our communities safe.”