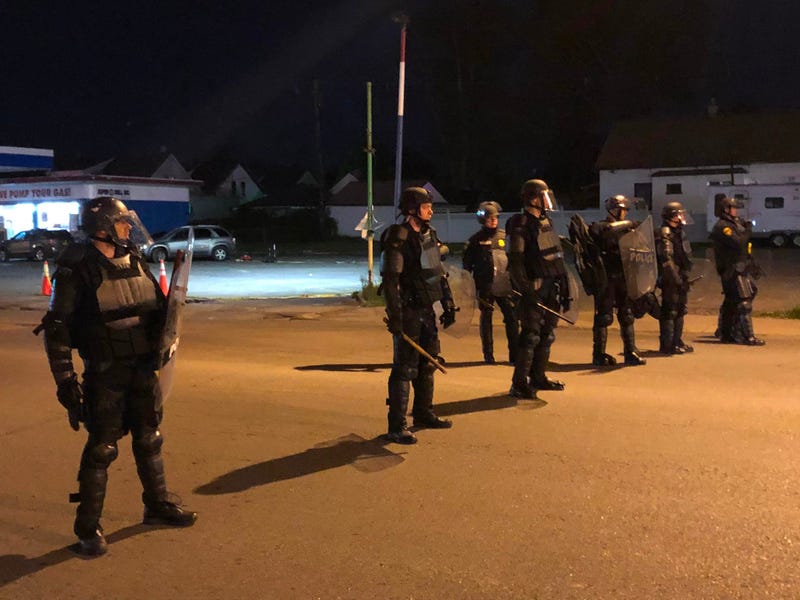 Carter was tackled from behind by police while being interviewed by a Channel 4 news crew on Bailey Avenue early in the morning on June 1. A video clip of the arrest soon went viral.

The 30 year old had been charged with  Obstructing Governmental Administration and Disorderly Conduct.

"Today, the Erie County District Attorney’s Office dismissed the charges against Mr. Carter because the charges, which were facially insufficient, were unsupported by the information provided by law enforcement," said a statement from District Attorney John Flynn. "Specifically, the conduct alleged in the complaints was not supported by defendant’s actual described conduct."

The incident with Carter happened moments before an SUV drove through the police line on Bailey Avenue, injuring three officers.

Since the incident, Carter has been outspoken on the need for police reform in Buffalo, organizing several rallies.

Br. Miles, a regular in my city's mosque who's ONLY ever supported his community, got tackled and arrested while being interviewed WITH BOTH HIS HANDS UP! pic.twitter.com/J537JN36sg

"I'm ecstatic that justice is actually prevailing in this sense," Carter told WBEN on Friday. "They didn't have a case to charge me with any crime. When I was tackled on Bailey Avenue, my first amendment rights were violated that evening. They didn't even know why they tackled me. When we were sitting in the police station, they had to go and figure out what charges to give me and they just ended up giving me the same charges as the people peacefully protesting."

Carter did not say whether he was injured or what his current health status is because he is planning a civil lawsuit against the City of Buffalo.

He continues to plan his advocacy for police reform.