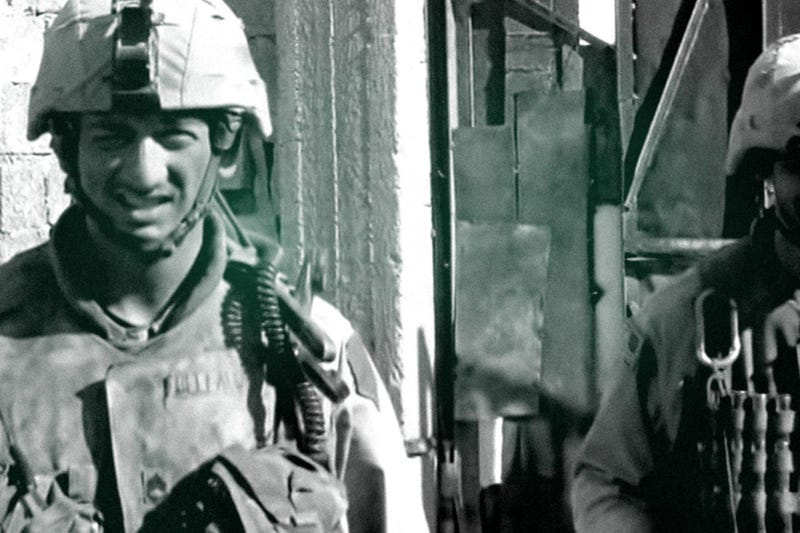 Buffalo, N.Y. (WBEN) - Western New York Iraq War veteran and WBEN talk host David Bellavia will be the recipient of the highest and most prestigious personal military decoration that may be awarded to recognize U.S. military service members who have distinguished themselves by acts of valor.  Bellavia will receive the coveted Medal of of Honor during ceremonies at The White House in Washington DC this month.

The news of Bellavia's honor was leaked late Friday by the Army Times and is expected to be officially announced by The White House Monday.

Bellavia enlisted in the Army in July 1999 and deployed to Iraq after serving in Kosovo.

The actions for which Bellavia earned a Silver Star took place on his 29th birthday. As a member of Company A, Task Force 2-2, 1st Infantry Division, his platoon was assigned during Operation Phantom Fury to clear a block of twelve buildings from which insurgents were firing on American forces. The platoon began searching house-to-house. At the tenth house, Bellavia fatally shot an insurgent preparing to load a rocket-propelled grenade. A second insurgent fired at him, and Bellavia wounded him in the shoulder. When Staff Sergeant Bellavia entered a bedroom, the wounded insurgent followed, forcing Bellavia to kill him. When another insurgent began firing from upstairs, Bellavia returned fire and killed him. A fourth insurgent then jumped out of a closet in the bedroom, yelling and firing his weapon as he leaped over a bed trying to reach Bellavia. The insurgent tripped and Bellavia wounded him. Bellavia chased the insurgent when he ran upstairs. He followed the wounded insurgent's bloody footprints to a room on the left and threw in a fragmentation grenade. Upon entering the room, Bellavia discovered it was filled with propane tanks and plastic explosives. He did not fire his weapon for fear of setting off an explosion and instead then engaged in hand-to-hand combat with the insurgent, which led to Bellavia killing the insurgent by stabbing him in the collarbone.

Bellavia’s perspective on war and battle is highly unique and personal.

Bellavia is humble about his efforts during the war, saying, “If anyone was standing with my vantage point they would have done the exact same thing”.  “To me, it gives a lot of credibility to our unit…this award is our award”, adds Bellavia.

His actions in Fallujah were first documented in the November 22, 2004 Time magazine cover story, "Into the Hot Zone", by journalist Michael Ware, who was attached with Bellavia's unit during the fight.

After serving for six years, Bellavia left the service with the rank of Staff Sergeant in 2005.

Bellavia’s perspective on his military service, and service in general, is unique and pure.  “My life is better because of my service”, he says.

Since his active military service, Bellavia has authored a book, “House to House: An Epic Memoir of War” and has become a popular radio talk show host alongside Tom Bauerle on WBEN.  "Bauerle & Bellavia" airs weekdays 3pm to 6pm on NewsRadio 930 WBEN.

Bellavia has been active politically since his service, running for Congressional seats in Western New York.

Bellavia was a candidate in the 2012 GOP primary for the since-renumbered 27th congressional district of New York. Bellavia competed against Chris Collins, the former county executive of Erie County, for the Republican nomination. Buoyed by the endorsements of four of the five GOP county committees that endorsed, Bellavia and Collins faced off in a June 26, 2012 primary. Collins won both the primary and the general election even though Bellavia won six of NY 27th Congressional District's eight counties.

In August 2018, Bellavia announced his candidacy for the NY 27th congressional district. The incumbent, Christopher Collins, had suspended his reelection campaign just hours earlier amidst federal indictments for insider trading and wire fraud. Bellavia withdrew from the race August 21 after interviews, stating that he feared the electoral process would be corrupted by a court.