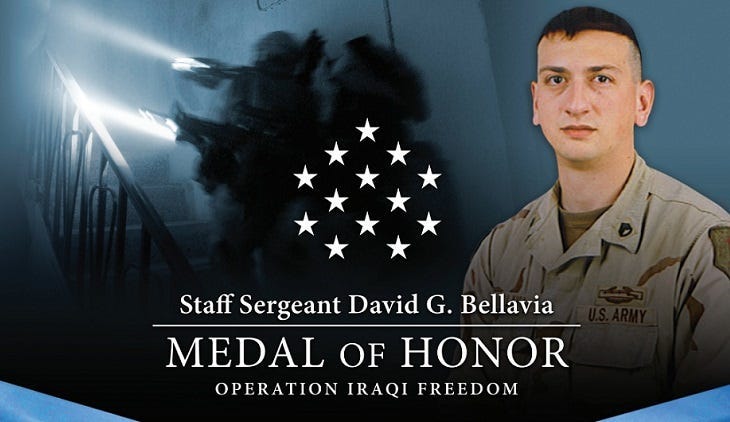 Bellavia enlisted in the Army in July 1999 and deployed to Iraq after serving in Kosovo.

His perspective on war and battle is highly unique and personal.

Bellavia is humble about his efforts during the war, saying, “If anyone was standing with my vantage point they would have done the exact same thing”.  “To me, it gives a lot of credibility to our unit…this award is our award”, adds Bellavia.

His actions in Fallujah were first documented in the November 22, 2004 Time magazine cover story, "Into the Hot Zone", by journalist Michael Ware, who was attached with Bellavia's unit during the fight.

After serving for six years, Bellavia left the service with the rank of Staff Sergeant in 2005.

Bellavia’s perspective on his military service, and service in general, is unique and pure.  “My life is better because of my service”, he says.