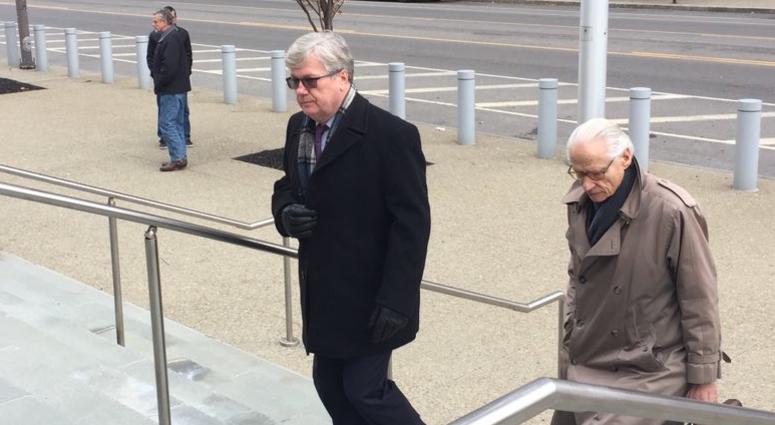 Buffalo, NY (WBEN) In what would have been a potentially monumental and lengthy Federal Court trial and jury selection process, the timeline changed as Dr. Eugene Gosy. Gosy entered guilty please to consipracy and fraud in connection with a case accusing him of illegally prescribing controlled substances that contributed to the deaths of six patients.

Gosy entered guilty pleas to one count of conspiracy to unlawfully distribute controlled substances and one count of health care fraud.   Gosy faces anywhere from 78 to 97 months in jail and sentencing is set for May 21.

"We need to stop the abuse of prescription drugs," Acting U.S. Attorney JP Kennedy said in November 2017, when a 166 count superseding indictment was unsealed. "One way to do that is to stop those doctors who prescribe these killer drugs outside the usual course of medical practice and not for a legitimate medical purpose." Since then, prosecutors have dropped 88 counts against Gosy, mainly for illegal drug distribution. "We're here to protect the community," Kennedy said. "If doctors don't want to do that. If doctors like Doctor Gosy doesn't want to do that then we're going to be here to do it." Those substances include ncluding fentanyl, oxycodone, and tapentadol.

Gosy works at the Gosy Center in Amherst, which also employs nurse practitioners and physician assistance, who work under the direction of Gosy. Kennedy's office said that Gosy and his employees distributed more rprescriptions for controlled substances annually than any other prescriber or prescribing entity in New York State, including hospitals.

Gosy's attorney Joel Daniels says his client treated patients other doctors tried to avoid. "If you're a chronic pain sufferer, believe me he's your last best hope," Daniels told reporters in 2017. He notes Gosy is no different than other doctors who lost patients. "Whether you're in pain management or internal management, just because you lost a patient doesn't mean you didn't do your best. They chose to abuse medications and resulted in an overdose, so it just seems unfair to blame Dr. Gosy and brand him a criminal when that's what happened," contended Daniels.

Connors says the trial will take months. "It will require a painstaking processs that will go through medical record after medical record, and has patients testifying as to what's contained in those medical records. There will also be expert witnesses weighing in on the issue, and keep in mind, it's alleged in the indictment, there are six deaths. Those cases will have to have the source of complicated medical proof, including cause of death, means and whether it was because it was Dr. Gosy's fault or whether it was something that was likely to happen given the addiction of the patients," says Connors.