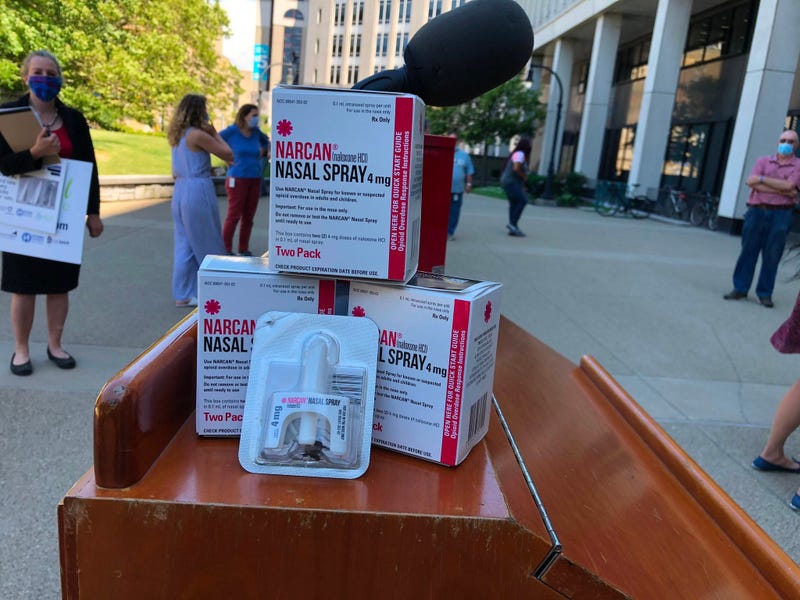 The county's medical examiner has confirmed 44 overdose deaths so far in 2020. While this number is significantly lower than the 301 confirmed deaths in 2016 and the 156 deaths last year, county officials said there are 127 cases that are still pending.

Erie County Executive Mark Poloncarz said most of the deaths are older cocaine whose drug was laced with fentanyl. Other officials share worries that cocaine is on the rise again.

"If those pending cases all became confirmed cases, we would actually have more deaths already in 2020 than we had in all of 2019," Poloncarz said. "It is likely that some of those pending deaths will actually be determined to not be the result of an opioid overdose, but we know that there are unfortunately too many people in our community who have died from an opioid overdose in the last few months."

Ten of the people who have died from the cocaine overdose where above the age of 60.

There has been a spike in overdose deaths in Erie County, mostly from those using cocaine laced with fentanyl. There are 44 confirmed overdose deaths, but pending cases could outweigh all the total overdose deaths from 2019. pic.twitter.com/nZ8R3QU1L1

"The more cocaine is being cut with fentanyl, the more deadly it is," Erie County District Attorney John Flynn said. "And the more deadly it's becoming. I just caution everyone. Obviously I don't want anyone using cocaine in general but I caution those...who may be older, long-term cocaine abusers, to please stop. Please recognize there may be fentanyl or heroin that is cut in the cocaine that you think you're buying. You're not going to know it."

"Help is available," she said. "We want everybody to carry narcan wherever they can. You never know when you might need it. You might be home with a friend, partying, and, all of the sudden, somebody falls out. You could be home doing some cocaine and not realize that there was fentanyl in it and start to feel woozy. It's really important to have narcan with you at any time."

Anyone looking to acquire narcan can do so by texting (716) 225-5473 to inform the county that you need it. Burstein said the county will not ask you why you need the narcan but will ask you how they can get it to you.

Erie County Mental Health Commissioner Mark O'Brien hopes that the rise in cocaine deaths will serve as a "wake-up call" that fentanyl can kill anyone.