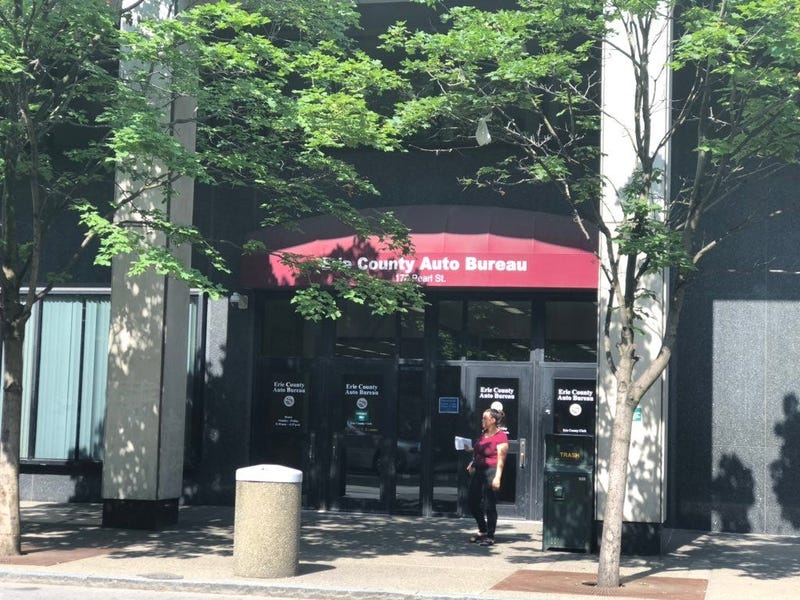 BUFFALO, N.Y. (WBEN) - Governor Andrew Cuomo said he is open to giving DMV data to the federal government as the ongoing issue between the state and feds continue over the Green Light Law.

Cuomo told WAMC on Friday that he would give the federal government driver's license information but would not give them social security numbers.

The comments by Governor Cuomo come a day after the acting director of Immigration and Customs Enforcement said the Green Light Law could hinder officers from assisting in ongoing criminal investigation involving stolen or wanted vehicles. They said that the state's prohibition of DMV data to the federal government goes far beyond other states' measures.

Each state differs when it comes to whether and how federal immigration officials can access state motor vehicle records. Some states, like Nevada and New Jersey, have outlined restrictions for the release of driver’s license information to federal officials.

"This is not an immigration issue," Erie County Clerk Mickey Kearns, an outspoken critic of the Green Light Law, said. "This is a security issue. I know the governor wants to make this is into a political situation."

Kearns reiterated that legislation has consequences and that Cuomo will have to work with the legislature to resolve the issue.