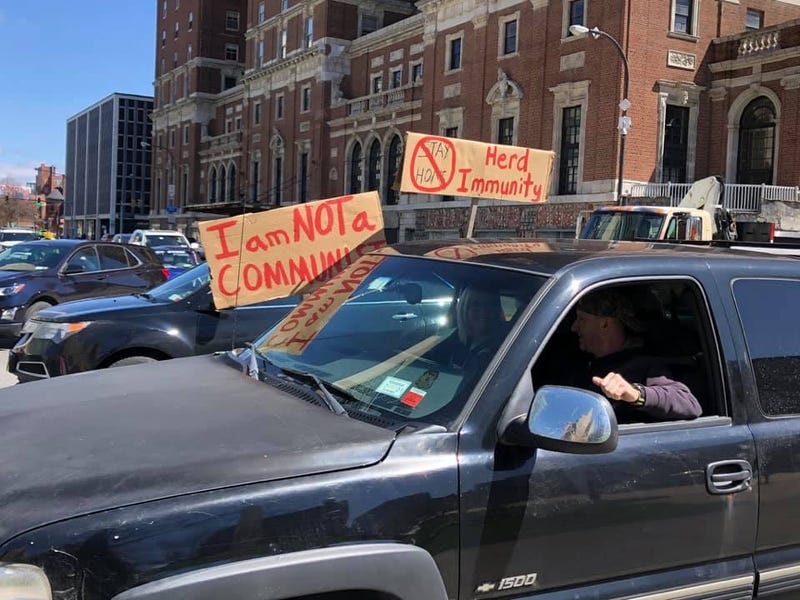 Buffalo, N.Y. (WBEN) - Emotions ran high in Niagara Square during the noon hour Monday as hundreds of vehicles jammed the square and drive the circle over and over again for more than an hour as a way to send New York Governor Andrew Cuomo a message of opposition to his NY Pause order.

Angry demonstrators were displaying signs, honking their horns and shouting from their vehicles as they demonstrated against the decision to close thousands of businesses, schools and activities during the coronavirus pandemic.

"Right now, Governor Cuomo just says things, and everyone feels like we have to follow what he says - we don't," said prtester Ben Carlisle. "We don't have to listen to anything he says...businesses - yes...state employees - yes. Private citizens don't have to listen to what he says. I got denied permission from three different stores yesterday for not wearing a facemask because there's this notion out there that it's illegal to go in public right now without wearing a facemask - that's nonsense."

Charles Gugino was one of the drivers circling the square, and he says that the economy should reopen but also noted that people should still try to maintain safety precautions.