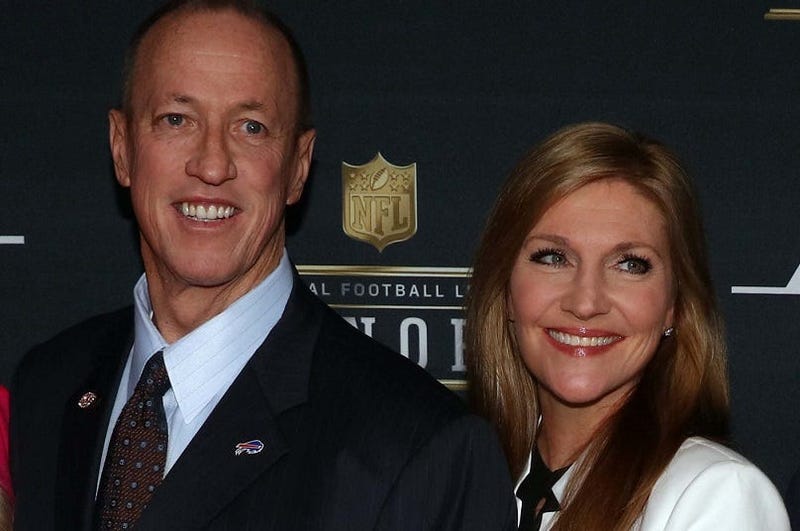 BUFFALO (WBEN) - On Saturday night, local legend and Bills Hall of Fame Quarterback Jim Kelly endorsed a candidate for NY27, and he even addressed his comments to President Trump.

President @realdonaldtrump my wife, Jill and I are supporting @BethforCongress for our district #NY27Our daughters grew up together; we know her and trust her to stand for what matters most. She’s a strong conservative/republican we believe can win special elec 4/28.

As expected, there was a fair amount of backlash to the tweet. One account, with the handle of PawneeGoddess, said, "This is a very, very bad look, Jim. If you support Trump you support racism and misogyny too."

The negative backlash prompted a response from Jill Kelly.

When you tweet to support a friend running for Congress that you’ve known for more than 20 years and you get hate. It’s called LOYALTY.

On Monday afternoon, Jill called in to speak with Tom Bauerle and further discuss the situation.

"At the end of the day, we believe what we believe and we stand with who we stand with," said Kelly. "I think that's what's so crazy about our world, or our culture or our country is that when you have someone, a relationship with someone and want to support them, if they don't believe in what you believe, it's like, 'Whoa.'

"It certainly seems like a broader array of celebrities are coming out and speaking out on politics or on social matters," said Neiheisel. "It could just be, however, that we just are more aware of it now with the 24-hour news cycle, with needing time to fill in all parts of the day, that we're disproportionately paying attention to those kinds of things."

Neiheisel doesn't believe that a celebrity endorsement is typically compelling enough to actually sway someone's opinion or make a person head out to vote, but he believes that such a thing is more likely to happen in a local election as opposed to a national election.

"If somebody is diametrically opposed to your position, and they're a celebrity and come out in a certain way, I really don't think that we have a tendency toward switching our views just on the basis of one endorsement," he said. "That being said, if I were to talk about the conditions under which a celebrity endorsement is going to have an impact, it would be at a much more local level really just because of information - we have less information about these candidates running for local races, those particularly running for a special election or who want to be slotted into a special election seat. So that's when we pay more attention to the local endorsements by celebrities."