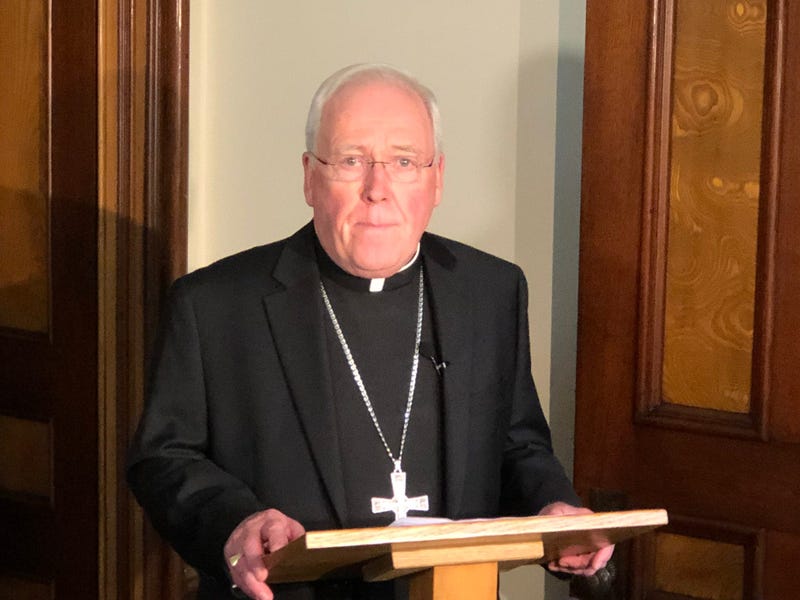 Malone adds there was a letter that's circulated in the media and community from Father Ryszard Biernat to Bojanowski that concerned him. "How it got out there is a mystery. The content of the letter is a bit concerning. That's why I suggested Fr. Ryszard Biernat go on a personal leave for a while," says Malone. "The letter was sent to Matthew, and Matthew wrote to me accusing Father Nowak of sexual harassment and other allegations."  Malone adds Nowak had begun mentoring Bojanowski and developed into what appeared to be a deep friendship. "Matthew then later met Father Ryszard Biernat, and as that relationship developed, Matthew's relationship with Father Nowak cooled, and that was disturbing to Father Nowak," explains Malone.

As for the comment referring to Nowak as a sick puppy, Malone says it was out of frustration during what he thought was a private gathering. "Any of us who have had discussions in a confidential environment will sometimes use language we would not use in public. For example, there was a lot of frustration in trying to sort out this thing with Father Nowak," explains Malone. "If I were talking to the media, I would say a man with some issues. But when you're with people you meet every week and let your hair down, and use a word I would not ordinarily use."

Attorney Jeff Anderson joined Steve Boyd in Buffalo this morning to support survivors and call for Bishop Malone to resign after the bombshell news broke that Malone discussed his possible resignation with diocesan officials. Anderson and Boyd are attorneys who represent child sexual abuse survivors.

“Buffalo is a Catholic town,” Boyd said. “The faithful people of this area deserve modern leadership, transparency, and an end to this scandal. It’s time for Bishop Malone to step aside.”