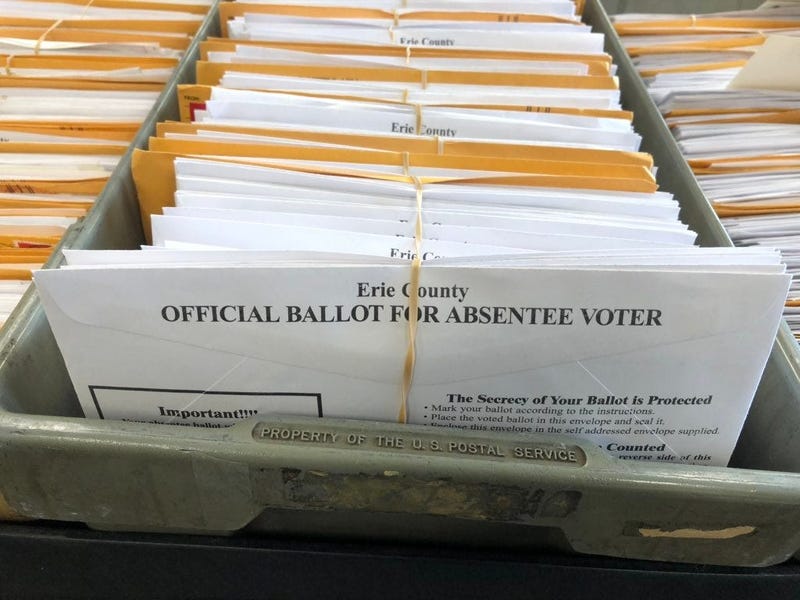 Buffalo, NY (WBEN) - Even though the President continues to claim that an increase in mail-in ballots will lead to a “rigged election,” local elections commissioners from both parties say they have no such concerns.

“I don’t really hear a whole lot of talk about that,” said Jeremy Zellner, Erie County’s Democrat Elections Commissioner. “There really is no voter fraud happening with absentees.”

“No,” said Republican Elections Commissioner Ralph Mohr when asked if he’s worried about any fraud with mail-in ballots. “We’ve gone through this procedure in every election for the entire 27 years I’ve been elections commissioner. It’s just the volume has increased a tremendous amount.”

Still, President Trump continues to publicly state that the election results will not be able to be trusted.

“RIGGED 2020 ELECTION: MILLIONS OF MAIL-IN BALLOTS WILL BE PRINTED BY FOREIGN COUNTRIES, AND OTHERS. IT WILL BE THE SCANDAL OF OUR TIMES!” Trump tweeted on Monday morning.

But when asked about the President's theory, neither party’s Elections Commissioner had any concerns of that happening.

“We have a whole department that inspects them,” Zellner said.

“The procedure remains the same and the safeguards remain the same,” Mohr said. “We have seen no evidence of voter fraud in any of either the applications or returns of the mail-in ballots.”

The one thing that will be different during Tuesday’s election is timing.