TRIAL WATCH: Murder case against ex-cop in Floyd's death goes to the jury 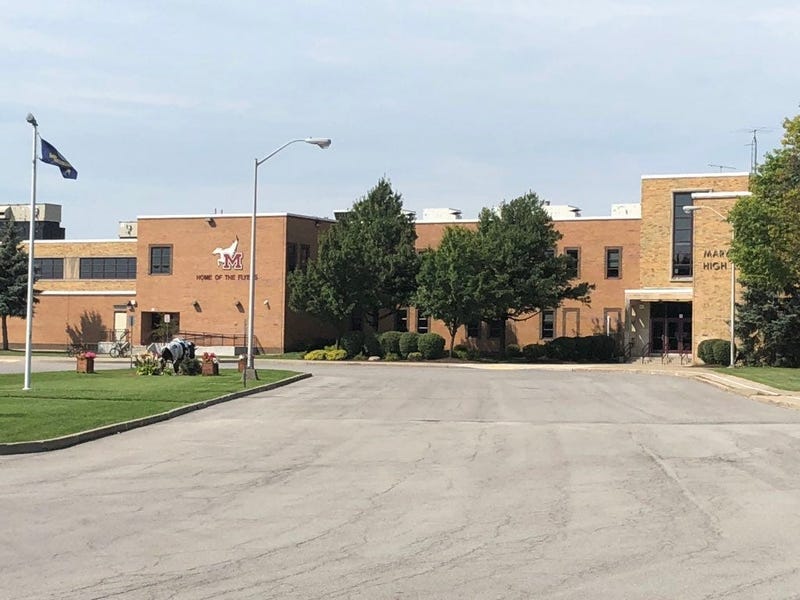 CHEEKTOWAGA, N.Y. (WBEN) - Vaping by some children has been a concern for a few years in area schools.

The Niagara Falls Schools Superintendent, Mark Laurrie, told WBEN on Wednesday that, while it's not the top issue at the school, it is concerning because of the few cases they've had of students vaping on school grounds. He became first aware of vaping in schools around three or four years ago and was discouraged with vaping because of the progress that was made over the years on tobacco products in school.

"The tenor and focus of schools has changed so dramatically in the last five or ten years," Laurrie said on A New Morning. "It's not even like something you would recognize if you haven't been in school in the recent (years)."

Headlines featuring vaping have dominated the headlines in recent weeks. A state and federal ban on flavored e-cigarettes has been proposed but challenged by members of the vaping industry. Local shop owners are fearful that a ban will mean the end for as many as 700 vape shops in New York State. Government officials cite deaths linked to vape products, including one in New York State, as a reason why more regulations are needed on e-cigarettes.

Maryvale High School is one school addressing vaping by using sensors to catch students in the act. The technology has yet to be implemented, though Principal Thomas Stack said they are expecting it to be up and running in about a month.

"We're actually set for contracting to begin on that in the next week or so," Stack said. "We've starting the installation process in our work with the company 'Fly Sense'."

Stack said that there are still instances of students vaping in school grounds, though it has decreased this year compared to years past. Their plan with the vaping sensors is part of a grander plan on health and wellness that goes through 2024.

"We are very excited to hear some of the news coming out of the state and local agencies...where this is now given a second look and taken very seriously on the health risk and dangers associated with vaping," Stack said.

Fly Sense is the name of the sensor technology created by Long Island-based Soter Technology, a company that designs environmental sensors.

The sensors on the camera look at the air quality and can recognize the "vaping signature". Once it detects a vaping product, a text or e-mail alert is sent to a school administrator who will respond.

"If the boys are spraying Axe Body cologne, we can note that," CEO Derek Peterson said. "We create a signature around around the TBOC in the air. So body cologne, Axe, the girls spray their Taylor Swift body sprays, cleaning supplies in the air, and the Juuling pen's will put vape in the air. So we're looking for what we define as the 'vaping signature' that will typically come from a Juul pen or an old-fashioned vaping device."

The technology does not utilize any microphones or cameras.

Peterson said the around 98 to 99 percent effective. Each sensor can identify an 12-foot by 12-foot area. Other common questions include overall effectiveness.

Fly Sense also has educational and awareness in an effort to deter students from vaping in the first place.

The news about vaping has exponentially increased business for the company. Peterson said that they less than 700 vape sensors worldwide at the end of 2018.

"At the close of this year, we're projected to have 7,000 devices worldwide," he said.