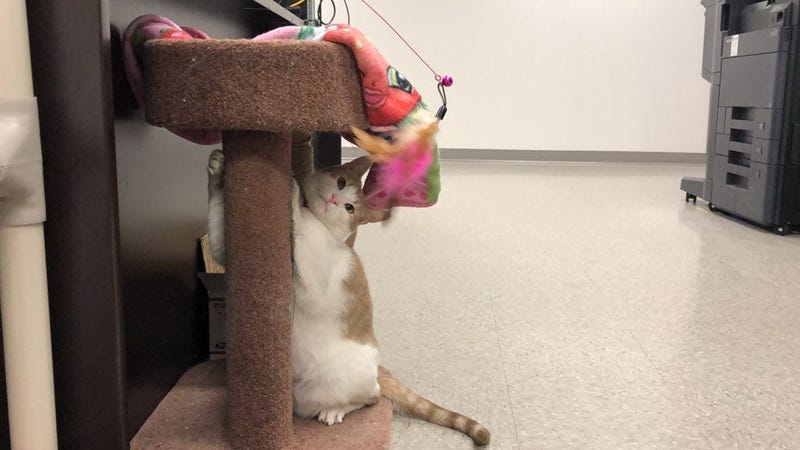 The state would join Maryland and California and hundreds of municipalities nationwide that have taken a stand to outlaw sales of those pets, Deputy Senate Leader Mike Gianaris said Monday.

Supporters including The Humane Society of the United States and the New York State Animal Protection Federation say the vast majority of New York pet stores already don’t sell cats, dogs or rabbits. But Libby Post, the executive director of the federation, says the proposal is an “opportunity for pet stores to rebrand themselves as compassionate businesses that put puppies over profits.”

Post said the issue of puppy mills fueled by high demand for young canines is the “most pronounced.” But she said there are also mills that cater to owners seeking designer cat breeds and families seeking bunnies for the Easter holiday.

New Yorkers could still buy cats, dogs and rabbits directly from breeders. Pet stores could face penalties for violating the law, which also allows shops to work with animal shelters or rescue groups to offer animals for adoption. The bill would become effective a year after it’s signed into law.

Gina Latucca of the SPCA Serving Erie County said that this is a step in the right direction.

"We haven't see a big problem with this kind of thing in Erie County," Latucca said. "We're exceptional in that sense and we're very fortunate to live in a community like that."

However, Latucca said there's a chance that this legislation could keep disreputable breeders or establishments in business because of various loopholes in state law including the definition of an animal shelter, reputable breeder, and rescue organization. For example, she said some people refer to themselves as pet brokers. She urged anyone who is looking to adopt a pet through a breeder to thoroughly investigate their backgrounds.

Latucca said to be wary of people who offer you a breed of a pet but want to meet in a parking lot and forget either veterinary records and pictures of the animal's parents or living conditions.

A spokesman for New York’s agriculture department says licensed pet dealers that move animals across state lines must document that a veterinarian observed the pets and that they don’t appear to have a disease.

“Buyers are also entitled to receive information about where their pets came from and dealers are required to provide that information at the time of sale,” said spokeswoman Kirstan Conley.

Over 2,000 dogs are for sale in pet shops in New York at any time, according to advocacy group New Yorkers for Clean, Livable and Safe Streets Executive Director Edita Birnkrant. “By passing this legislation we can shut down the puppy mill pipeline and ensure that animals from shelters are adopted at New York shops instead of enriching cruel breeders,” Birnkrant said.

“These protections, along with  the consumer warranties that pet stores are required by law to offer, are not mandatory for any other animal source,” Bober said.