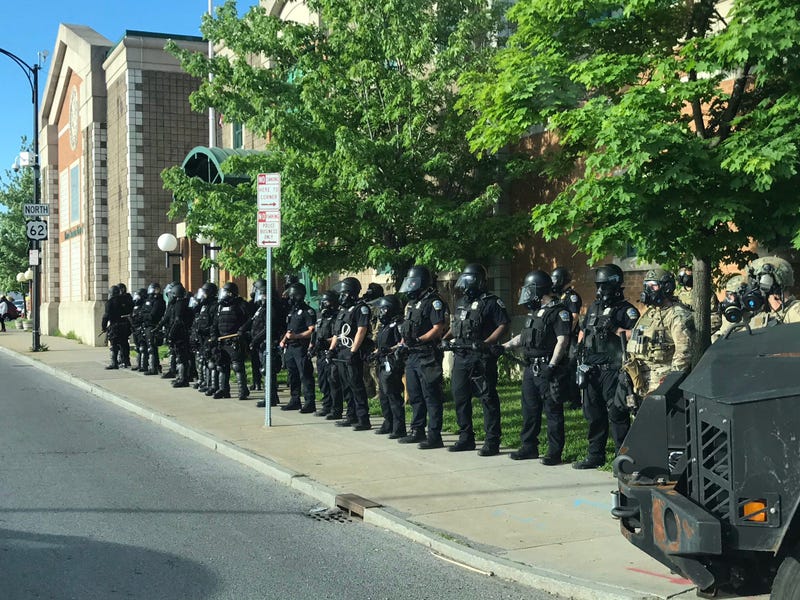 Leaders in the democratic-controlled body vowed to take action on it beginning Monday.

“People everywhere are calling for action. They are tired of seeing people victimized by a system and culture that too often judges them by the color of their skin,” Assembly Speaker Carl Heastie said.

Lawmakers introduced a bill on Saturday that would repeal 50A. If the bill passes, the records will include complaints, allegations, and charges against an employee, the transcript of any disciplinary trial or hearing, and whatever discipline was imposed on that officer. It would apply to all police departments, a sheriff’s department, department of corrections, fire department, and paramedics.

NOW: Assembly Majority Leader Crystal Peoples-Stokes said it's time to end the secrecy of police officer's records. Specifically mentioning the repeal of 50-A. The NYS Assembly plans to vote the repeal. pic.twitter.com/Wrp0s25hZa

Those in favor of 50A, many of whom work or advocate for law enforcement, argued that a repeal of 50A would allow personal information to be made public, such as home address, phone numbers, and e-mail address. They worried that threats would be made against family members of those first responders.

The bill redacts that personal information of officers. It also redacts their medical history, social security numbers, and if those employees utilized programs such as mental health service and substance abuse assistance.

Buffalo Assemblywoman and Majority Leader, Crystal Peoples-Stokes, said she wants to put people to task who do their jobs immorally.

“Black people and all people of color are not anti-police, we are anti-bad police,” Peoples-Stokes said. “For generations, we have been hunted, abused, mentally and physically, by bad police. Those who are supposed to serve and protect us. We understand the job of law enforcement is not easy. Our jobs are not easy, but we are public servants as well. We understand you want to come home to your families every day. We want to go home to our families every day, too.”

“Their records will be available,” Cuomo said. “It is just parity and equality with every other public employee.”

The legislation is expected to easily pass in the largely Democratic Legislature, despite opposition from police unions. The leaders of a coalition of police unions argued in a statement Monday that releasing such records, including complaints, could leave officers facing “unavoidable and irreparable harm to reputation and livelihood.”

The legislation would specifically provide officers with some privacy protections, including redaction of home addresses, personal phone numbers and email addresses.

Civil liberty and criminal justice reform groups have long pushed for a repeal of a law they say is among the nation’s most secretive.

Only New York and Delaware have state laws that provide law enforcement “with special carve outs from records disclosure,” according to a statement from advocacy groups including Common Cause New York and the New York Public Interest Research Group.