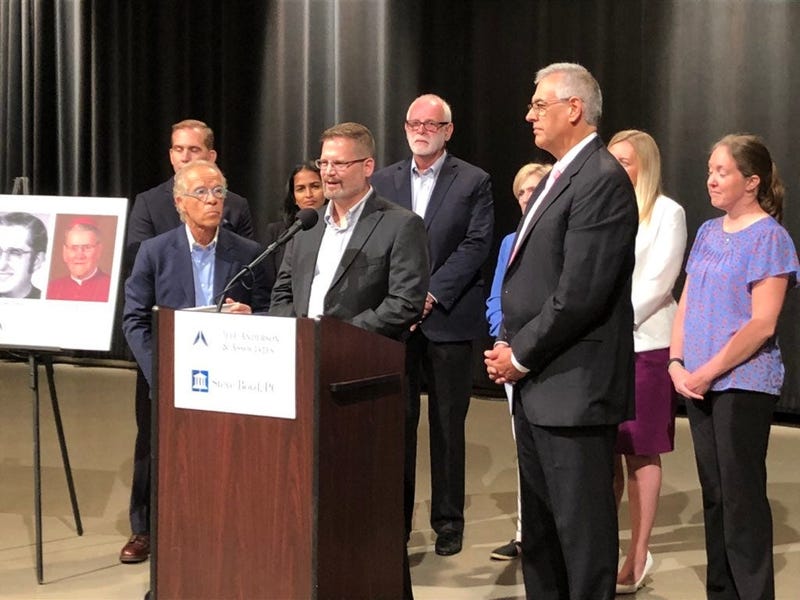 Bottlinger claims that he was abused by Father Michael Freeman at St. Mary's of the Assumption Church in Buffalo several decades back. The claim alleges that there were three known complaints about Freeman prior to Bottlinger's abuse, which is part of the reason that Bottlinger decided against accepting what is believed to be the largest settlement offer of any compensation program in New York State.

Bottlinger turned down $650,000 from the Diocese, and he instead made the decision to go to trial. @NewsRadio930 https://t.co/WBHXxCz0aX

Bottlinger described his interaction with the Buffalo Diocese when he brought his case to their attention, and he also explained why he ultimately decided to turn down the settlement offer.

"It was just me telling a small snippet of my experience and then later getting an offer of the $650,000," he began. "That really didn't feel right to me, and I discussed it with my family, and we decided that's really not the right thing to do - to just take money and go away, because the church is still just not being transparent."

Instead, Bottlinger is opting to file a lawsuit under the new provisions of the Child Victims Act.

"I want communications; I want to know why they let Father Mike, after complaints before he knew me, and then I made complaints, but they still moved him and there were more victims," said Bottlinger.

In a statement released by Jeff Anderson & Associates, the firm made their demands of the Buffalo Diocese very clear:
"Demand the Diocese of Buffalo release all the names of every credibly accused priest who has worked in the Diocese, as well information on the alleged perpetrator’s history, their current whereabouts and what the Diocese knew about alleged child sexual abuse."