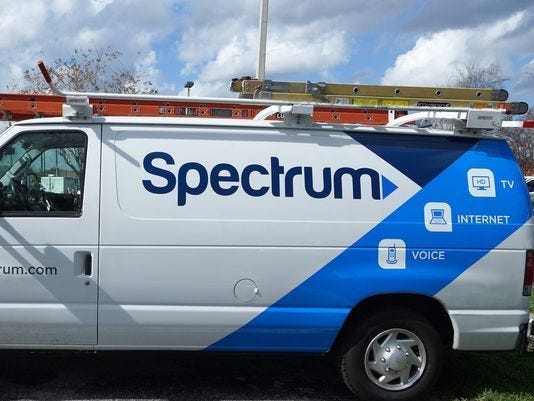 BUFFALO, N.Y. (WBEN) - Greenlight Networks' plan to add another internet option for City of Buffalo residents is something that city residents have longed for after criticisms of Spectrum Internet's speed and rising costs over the years.

But rural communities will continue their wait for high-speed internet.

Greenlight Networks President and CEO Mark Murphy said there is no immediate plans for the Rochester-based provider to expand into rural parts of the region.

"That really hasn't fit our business model up to this point," Murphy said. "We have not participated in the state broadband fund as Charter and Frontier and other telephone companies have. We think there's clearly demand in the metro area that's unmet. As long as we continue to find those opportunities, we are happy to target the markets we've been doing."

Greenlight Networks announced on Monday that they are finalizing a deal with the City of Buffalo to bring high-speed internet to residents. The Rochester-based company currently serves many of the communities in the Greater Rochester area, though there are also plans to expand into Syracuse, Albany, Ithaca, Binghamton, and parts of Connecticut.

A spokesperson for Charter Communications, the parent company of Spectrum, said that they have starting speeds of 100 megabytes per second and some plans that offer up to a gigabite. Charter's spokesperson said that their information is accurate and we have reached out to the state to get a clarification on the internet download speeds.

"(We applied) when Time Warner and Charter were in negotiations to be bought out and became Spectrum," Godfrey said. "During the bidding process, we were blocked from bidding because of the merger."

Spectrum is the main ISP for Niagara County residents for high-speed internet. Other options, such as Verizon DSL, is available for residents, though Godfrey said he's heard complaints of unreliability with the service.

"People aren't happy with the satellites and never have been," Godfrey said. "We plan to bring in vendors that will provide that high-speed with an alternative using fixed wireless technology."

Godfrey said they are in negotiations with a vendor to expand internet access to help those underserved homes and businesses. He said there is some funding beginning in January from the US Department of Agriculture to help create infrastructure in the county. Godfrey would not say who the vendor was though he said they hope to have an announcement by the middle of next month.

Some rural areas of Niagara County only feature peak internet speeds of 50 megabits per second. Others offer less than a third of that according to the state's broadband office. Spectrum had to pay a $174.2 million fraud settlement to New Yorkers last year after misleading them on internet speeds.