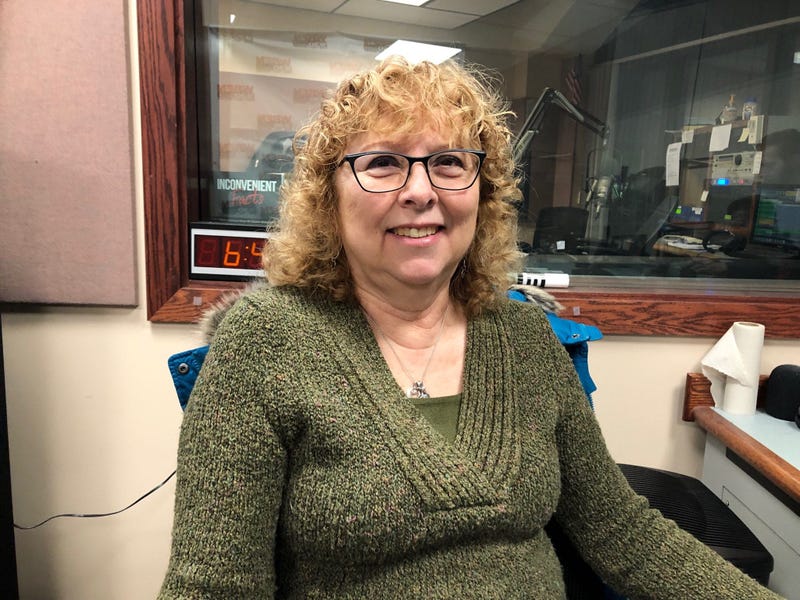 Buffalo, N.Y. (WBEN) - "Some days I wake up and I'm so surprised that Doug is not here."   Karen Wielinski says in one sense, the tragic crash of flight 3407 seems like yesterday, and in another, it seems like her "other life".

She literally had to start her life over.  40-thousand items were salvaged from the crash site.  "It's amazing what was salvaged, even pieces of paper survived that inferno," she said.

"My daughter Kim and I went to an airplane hangar and started going through a room lined with boxes.  We had to go through every item and write down where it was located in the house and separate them into piles.  There was so much paper, even little hunks of paper.   There was one scrap of paper from one of Doug's marathons.  It said "saw Karen at mile 22".  Stuff like that gets me going!" she said.   Wielinski and her daughter went to the hangar 7 or 8 times and stayed 3 or 4 hours at a time.

The boxes then went to her garage and she said it took her 5 years to go through it because of emotions.  "I originally had 5 storage units, now I'm down to 2".

Difficult day. 10 years since the crash of #Flight3407 in Clarence. Survivor Karen Wielinski joins us starting at 6:50am pic.twitter.com/ducQL9hrMh

"One on the Ground" is the title of Wielinski's book.  In the weeks and months after the crash, Wielinski feared Doug was an afterthought.  Media reports of the crash often referred to Doug as the one on the ground. "I know it wasn't intentional," she said. "But I didn't want Doug to be remembered for the way he died. I want him to be remembered for who he was - and how he lived, that's why I wrote the book".   Proceeds of the book are going toward 3 annual scholarships.

Former WBEN reporter Barbara Burns was in-studio with Wielinski on Tuesday.  Burns covered the 3407 crash extensively and was the first to interview Wielinski within hours of the tragedy.  Karen and Barb knew each other through a family acquaintance and Wielinski wanted to let people know that she and her daughter were OK.  "It was such a raw moment," said Burns.  "There's no rule book with a tragedy of that magnitude. I simply said, tell me what happened."

In that interview from 2009, Wielinski was very composed and descriptive of the harrowing ordeal.  On Tuesday, Wielinski remarked that she was glad she did the interview and said that's the same story she tells today.

One of the biggest struggles for Wielinski is guilt.  Not survivors guilt, but the guilt of happiness. "People wonder, how can you be happy after all of this happened?   That's my struggle, letting them know that I'm happy".