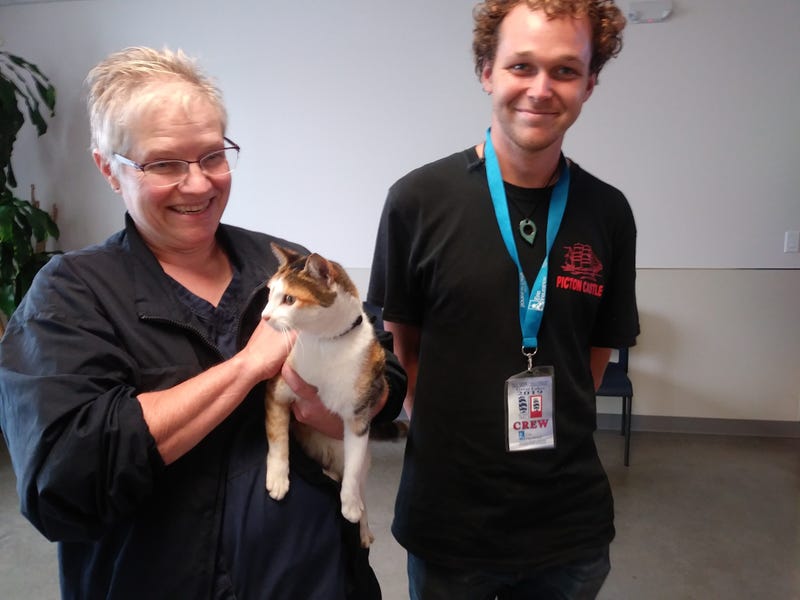 Buffalo, NY (WBEN) One of the tall ships and its crew had quite the tale to tell about its cat.

The SPCA Serving Erie County says a couple discovered a cat walking along Canalside Friday night, and scooped up the kitty, wearing a harness and a tag, and brought her to the SPCA at 10:47 p.m., certain she belonged to someone friendly. "They were concerned about her being so close to the water and asked if they could bring her in. We were open until midnight, so we said yes," says Lana Prozyszyn-Bilger.

Prozyszyn-Bilger says she had to do some research before finding out who Fiji belonged to. "I just googled Fiji and Picton Castle and realized she was a ship's cat and I wanted to get the cat back ASAP because they were leaving on Sunday," explains Prozyszyn-Bilger. She says there were several phone calls made, and the crew reached back in about an hour, and picked up the cat from the SPCA.

"Fiji wasn’t microchipped, so we microchipped her – she always goes off the ship, wanders the dockside community, hears the engine, knows it’s time to go, and finds her way back to the ship. She has ALWAYS found her way back," says the SPCA.